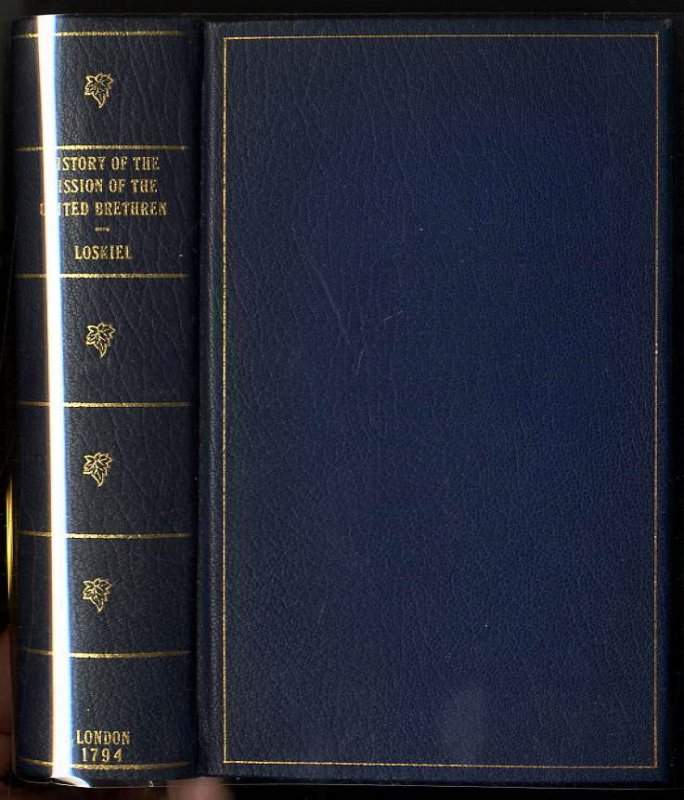 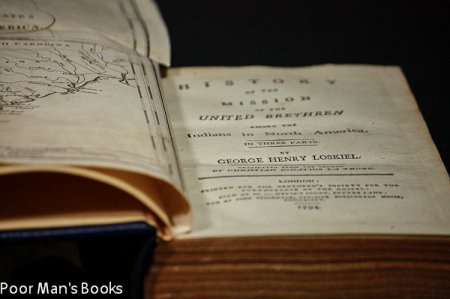 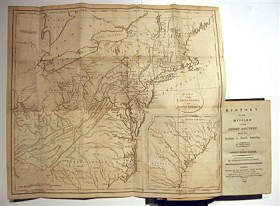 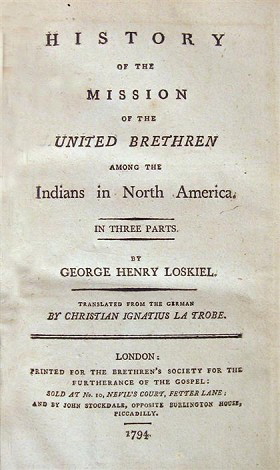 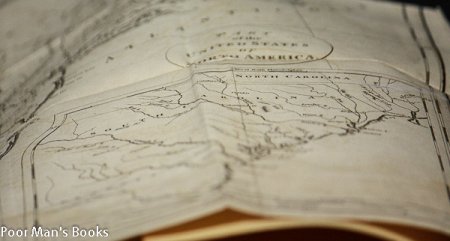 By: Loskiel, George Henry (translated From The German by Christian Ignatius La Trobe. )

Western; Pioneer; AMERICANA; American Indian; We fit archival quality clear acrylic covers for additional protection whenever possible. ; Engraved map; 8vo 8" - 9" tall; xii,159,[1],234,233,[1], [22] pages; Loskiel, George Henry (TRANSLATED FROM THE GERMAN BY CHRISTIAN IGNATIUS LA TROBE. ) History of The Mission of The United Brethren among The Indians in North America In Three Parts. Modern full gilt paneled blue morocco, spine gilt. With large. Folding Map (a few minor repairs). Internally generally clean & crisp with contents VG+. This work describes artistic, spiritual, educational and political values of the American Indians. Considered by Sabin the best authority on the Delawares, Nautikokes, Shawnee and other tribes in Pennsylvania & New York. The labors of this mission lay chiefly among the Delawares, the Nautikokes, the Shawanese, and other tribes in Pennsylvania and New York, upon which it is the best authority, both as to tradition and facts, having been drawn up from the accounts furnished by Gottlieb Spangenberg and David Zeisberger, missionaries among the Indian tribes during forty years. Among the subjects narrated is that of the massacre of Gnaden-hutten and Salem. The translator has omitted some matter relative to former enemies of the mission. Part I. Is divided into eleven chapters, whose subject titles indicate a much wider range for the work, than the mere report of missions among the Indians. Among them are, “Hints concerning the Origin of the Indian Nations. ”---“Of the Language, Arts, and Sciences, known among the Indians. ” “Of their Religious Ceremonies and Superstition. ” “Of their Dress, Dwellings, and Housekeeping. ” “Marriages and Education of Children. ” Agriculture and Breeding of Cattle. ” “Of their Manner of Hunting and Fishing. ” “Diseases and Method of Curg, Funerals and Mourning. ” “Political Constitution of the Delawares and Iroquois. ” “Indian Manner of making War and Peace. ” Parts II. And III. Are devoted to the history of the Indians under the charge of the Moravian Mission. Among the subjects, is the narrative of that saddest of stories, the massacre of Gnadenhutten and Salem, ---saddest, most atrocious, most damnable record of human infamy and bloody shame. A remarkable omission occurs in La Trobe’s translation. A copy of the first edition had been presented to Zeisberger, who expressed the greatest regrets that the names of Eliot McKee, and other former enemies of the mission had been recorded, as they had since repented. At his request the names of many who had brought terrible misfortunes upon the missionaries and their converts, were omitted in this translation. ESTCT88588, Howes L-474; Field 952; Sabin 42110 ; Pilling-2322 Graphics of title page and large folding map available.

Title: HISTORY OF THE MISSION OF THE UNITED BRETHREN AMONG THE INDIANS IN NORTH AMERICA IN THREE PARTS [G]

Publisher: London: Oxford, Brethren's Society for the Furtherance of the Gospel: 1794

The History Of The Church Known As The Unitas Fratrum Or The Unity Of The Brethren, Founded By The Followers Of John Hus, The Bohemian Reformer And Martyr 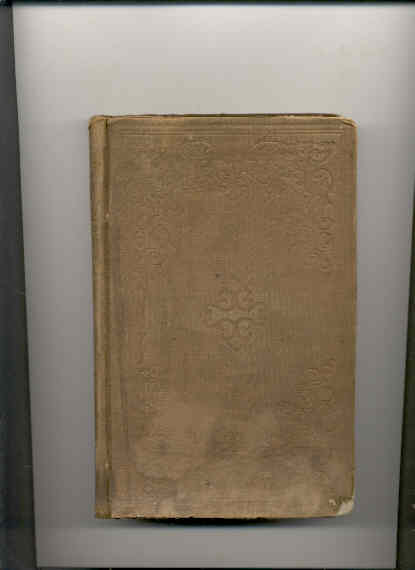 DRAMA OF THE AMERICAN REVOLUTION Or, a concise history of that eventful period, comprising in general all the battles, adventures, scenes and events of the Revolutionary War 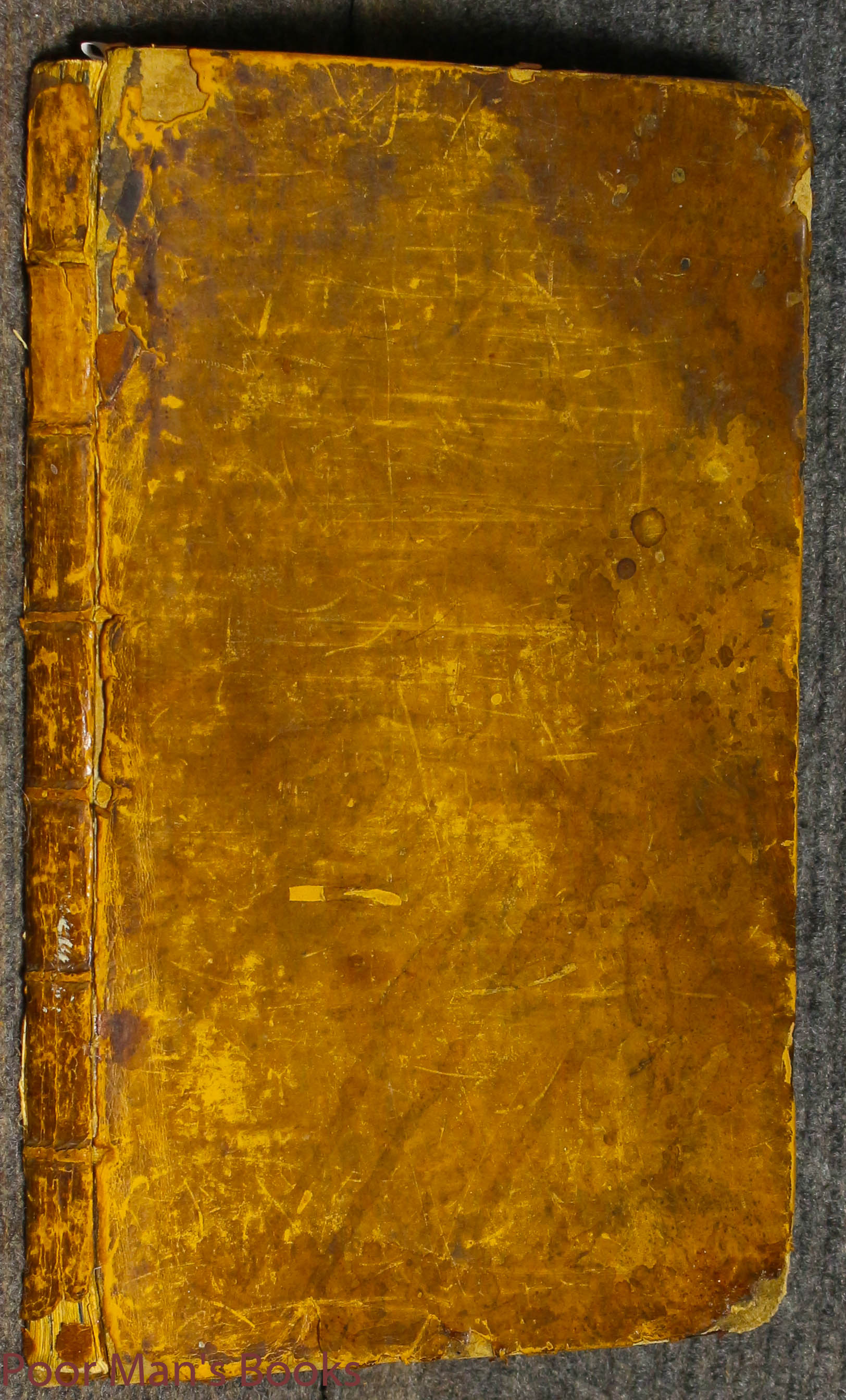 Report From The Committee To Whom The Petition Of The Deputies Of The United Moravian Churches . 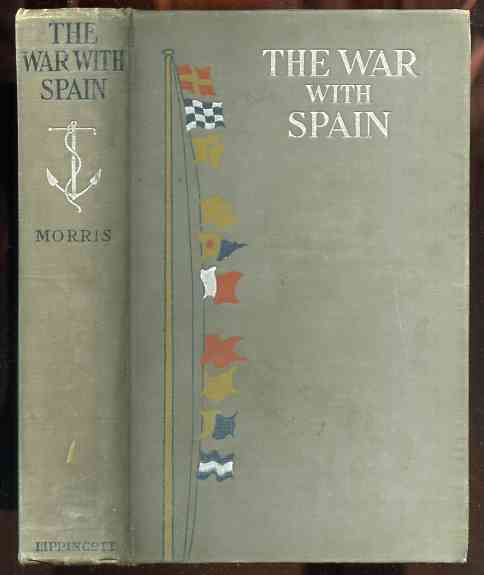 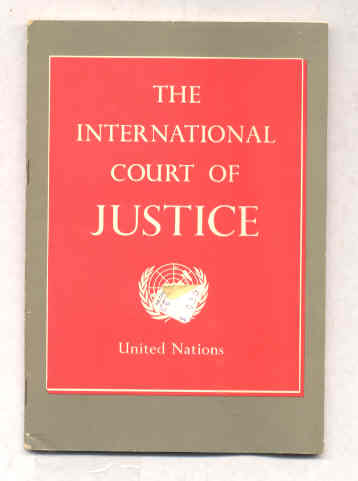 INTERNATIONAL COURT OF JUSTICE, THE 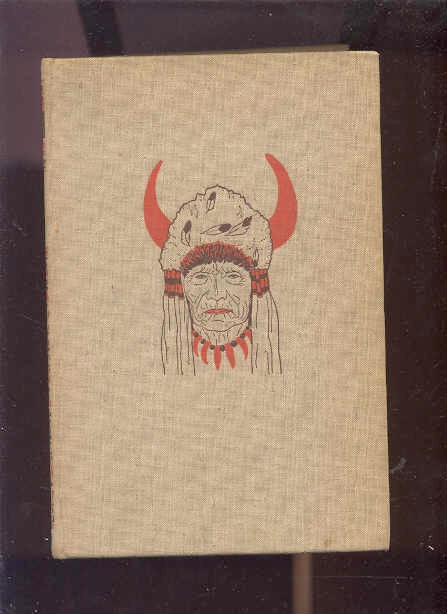 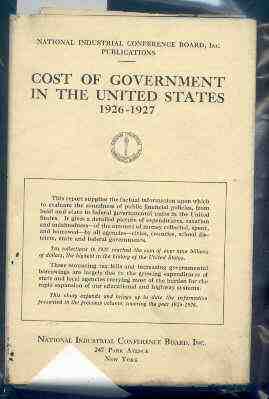 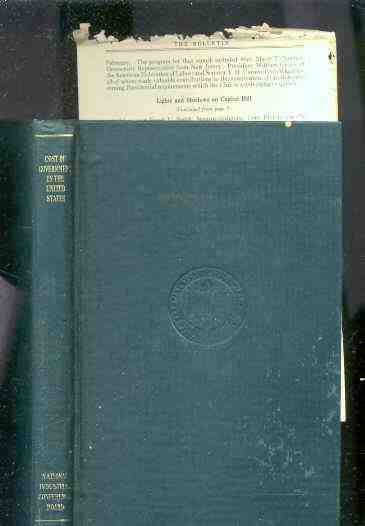 COST OF GOVERNMENT IN THE UNITED STATES 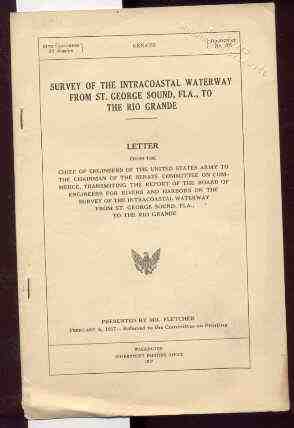 SURVEY OF THE INTRACOASTAL WATERWAY FROM ST GEORGE SOUND FL, TO THE RIO GRANDE TO BEAUFORT, N. C. SECTION

By: Letter From The Chief Of Engineers Of The United States Army 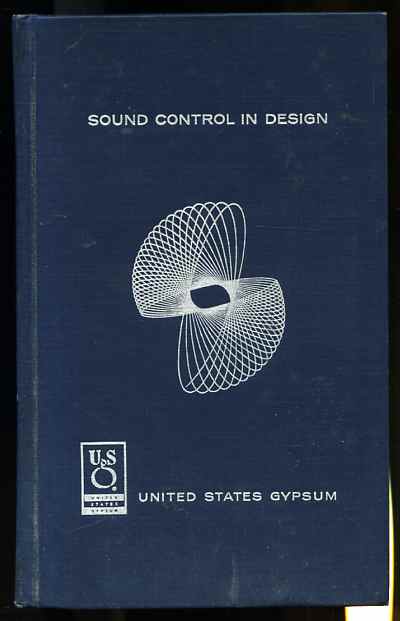