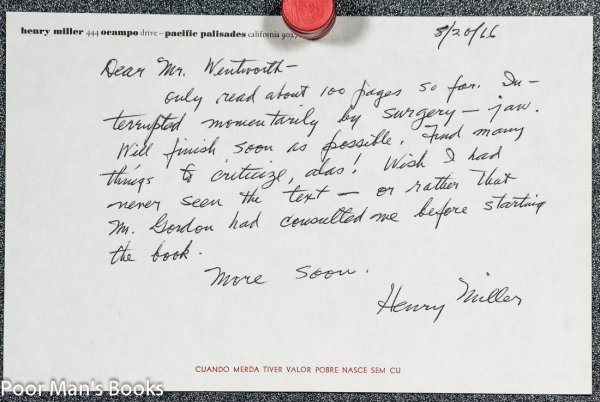 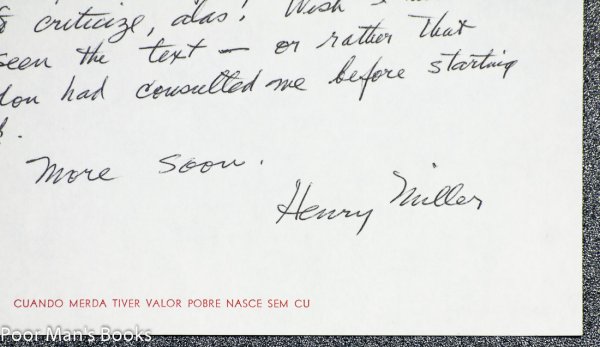 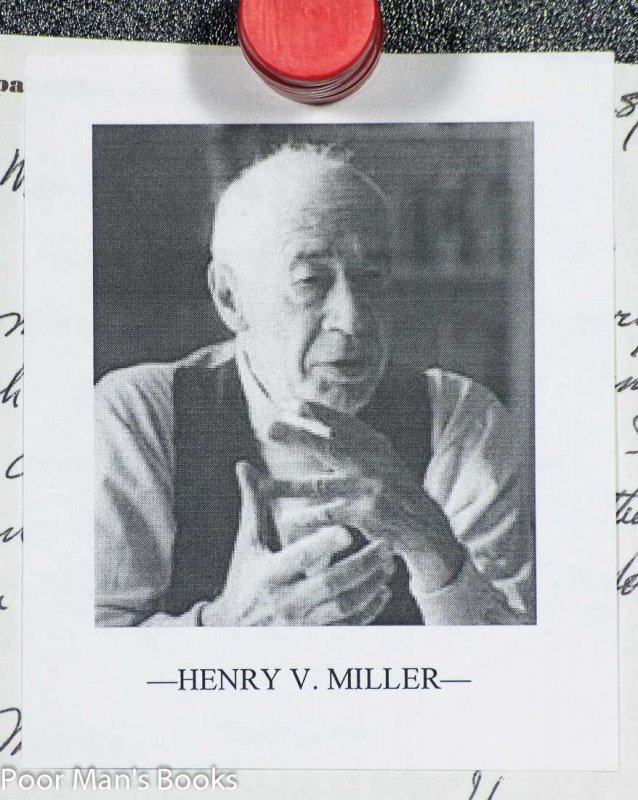 8vo 8" - 9" tall; Henry Miller. ALS to his publisher. Reads “Dear Mr. Wentworth- Only read about 100 pages so far. Interrupted momentarily by surgery-jaw. Will finish as soon as possible. Find many things to criticize, alas! Wish I had never seen the text- or rather that Mr. Gordon had consulted me before starting the book. More soon. –Henry Miller. ” Dated “5/20/66.” Miller’s personal letterhead, 5 ½” x 8 ½”. Near fine. Miller’s first 2 books ("Tropic of Cancer," 1934; and "Tropic of Capricorn," 1939) had to be published in Paris and smuggled into the US as a result of obscenity laws. The eventual publication of "Tropic of Cancer" in 1961 led to a series of trials that tested the obscenity laws which were common in the United States the time. The Supreme Court, in Grove Press v. Gerstein, cited Jacobellis v. Ohio to overrule a state court finding of obscenity. The “Mr. Gordon” referred to in the ALS is presumably William Gordon, who wrote "The Mind and Art of Henry Miller" (first published 1967). ; Signed by Author

SEMBLANCE OF A DEVOTED PAST 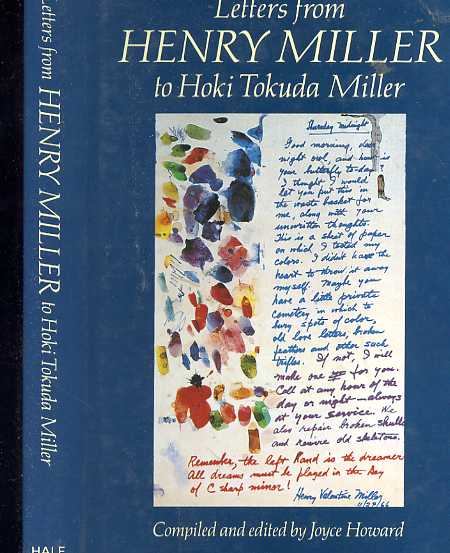 By: Joyce Howard - compiled and edited 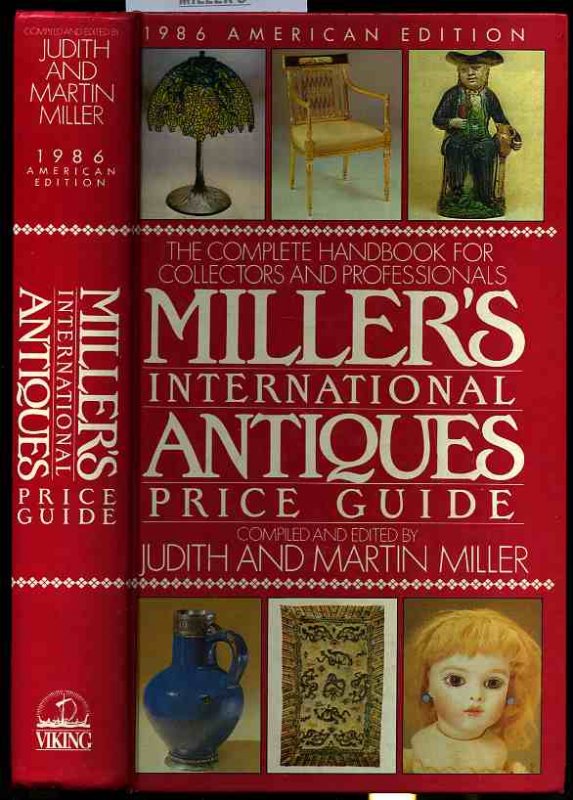 Too Much Too Soon [1st editiion] 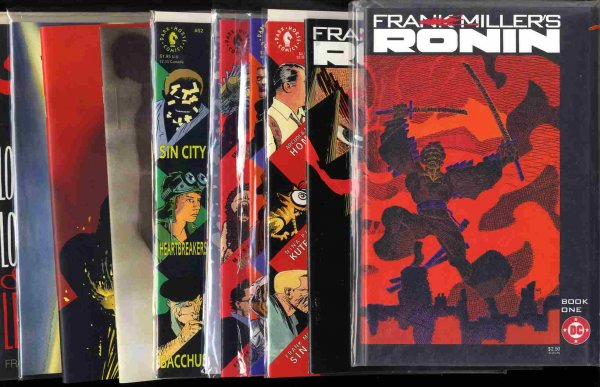 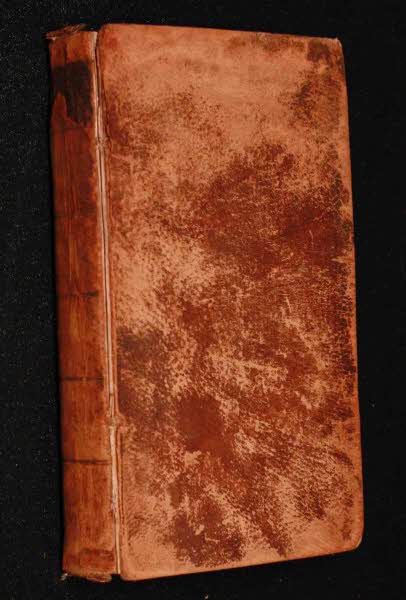 WORKS ON EPISCOPACY; [VOL II ONLY]