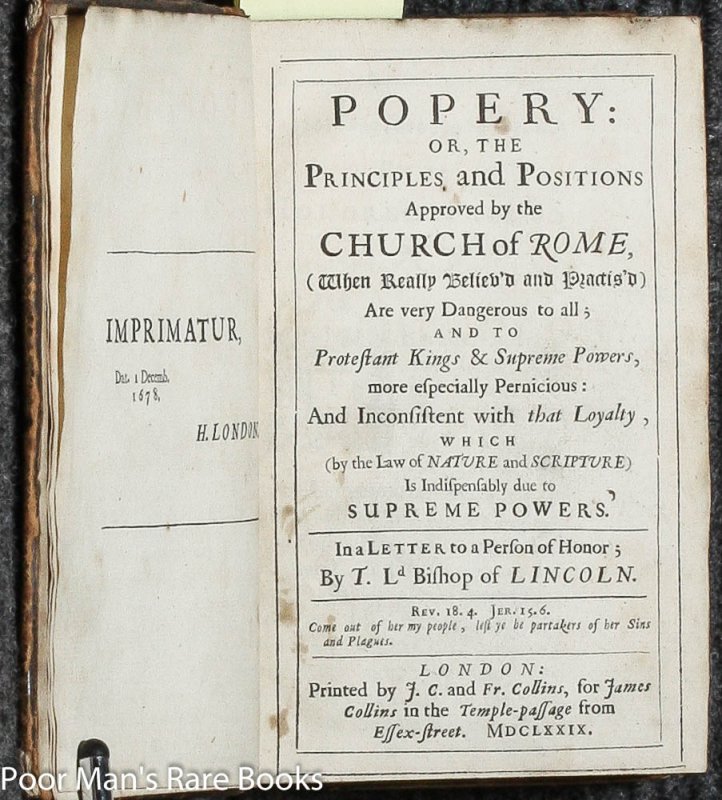 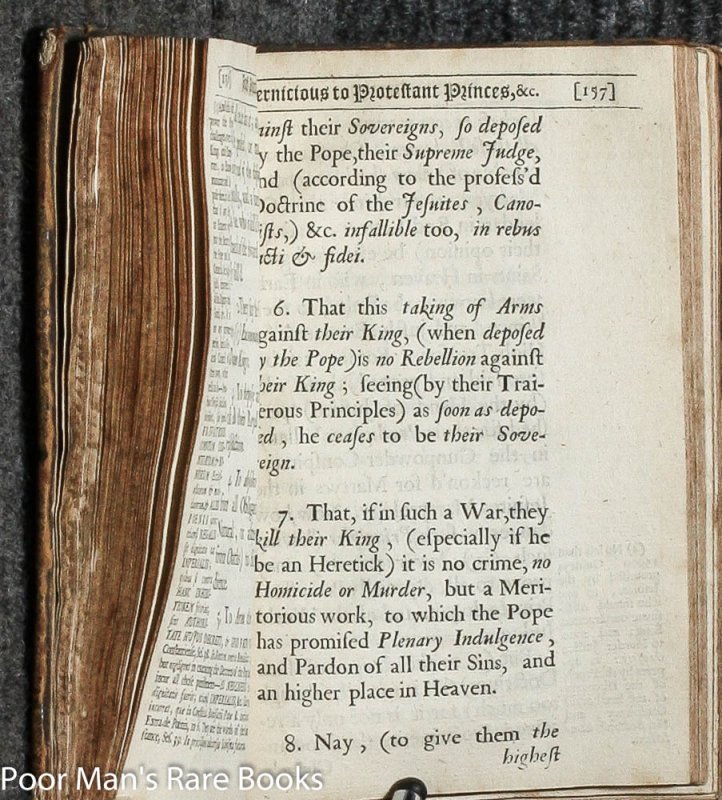 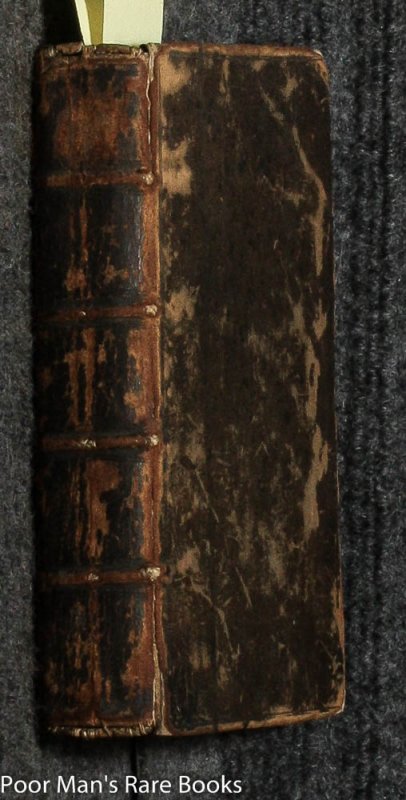 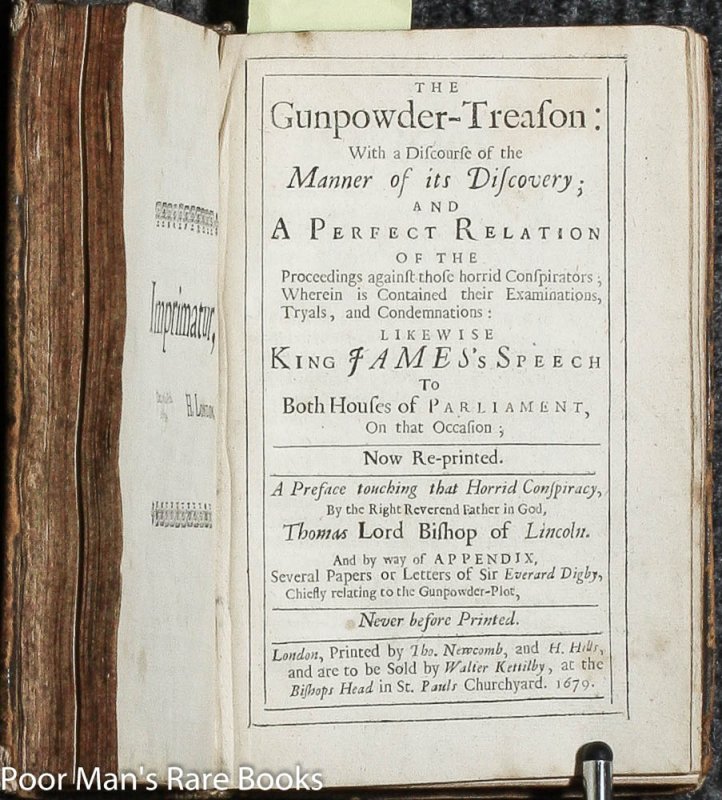 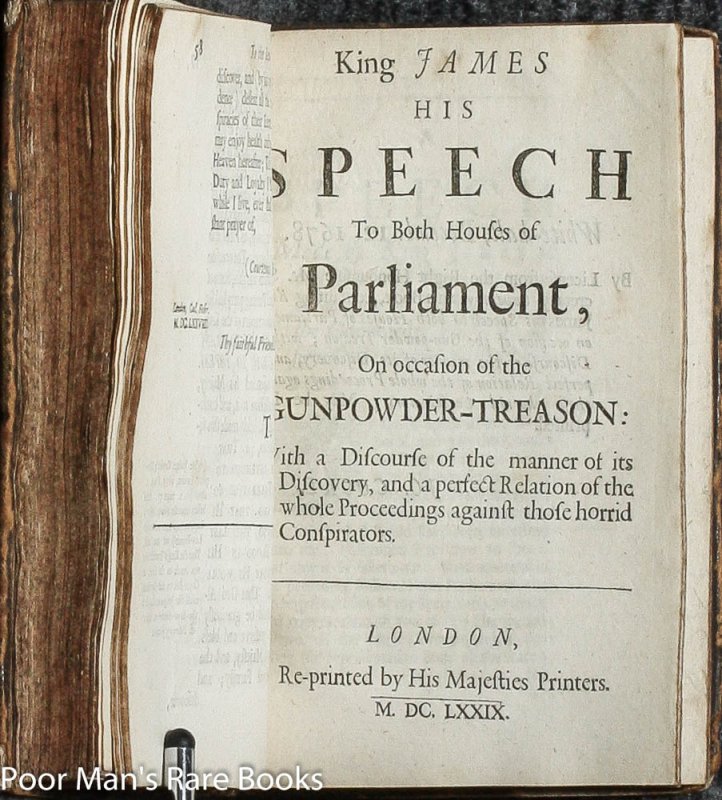 POPERY: GUNPOWDER-TREASON; KING JAMES HIS SPEECH [3 BOUND IN ONE VOLUME]

POPERY OR THE PRICIPLES AND POSTIONS APPROVED BY THE CHURCH OF ROME [WHEN REALLY BELIEVED AND PRACTISED] ARE DANGEROUS TO ALL...By T. Ld Bishop of Lincoln. London: Printed by J. C. And Fr. Collins, for James Collins in the Temple-passage from Essex-street. MDCLXXIX. [Multiple editions in 1679. This has publication statement as above. Authored by Thomas Barlow. ] Wing B841. ESTC R13656. [4], 224 pp. Collation: [Imprimatur], [title], B-P8, in 8s. Margin occasionally narrow affecting signing/catchword of a few pages near end of Popery. ++ THE GUNPOWDER-TREASON WITH A DISCOURSE OF THE MANNER OF ITS DICOVERYHORRID CONSPIRATORS...EXAMINATIONS, TRYALS AND CONDEMNATION...London, Printed by Tho. Newcomb, and h. Hills, and are to be Sold by Walter Kettilby 1679. Wing B833. ESTC R17295. [4], 58, [2], 263, [1] pp. Coll. : [cancel imprimatur leaf], [title leaf], A3-D8, A-D8, f-f4, F-R8, in 8s, except for the 4-leaf signature f. Leaf D8 is the title leaf of the 3rd work in the volume: KING JAMES HIS SPEECH TO BOTH HOUSES OF PARLIAMENT ON THE OCCASION OF GUNPOWDER-TREASON London, Re-printed by His Majestys Printers. M. DC. LXXIX. Gunpowder-Treason is from the same setting of type as the edition where the last numbered page is 191. ESTC R209136. Wing B833. Chip to margin of pp25-26 of King James His Speech. The above 3 titles are bound as a single volume, contemp leather, scuffed, few weak points in bdg, corners rounded, modern notations to fep. Slight foxing, texts very good. Guy Fawkes 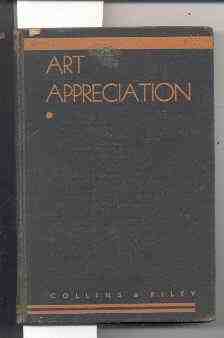 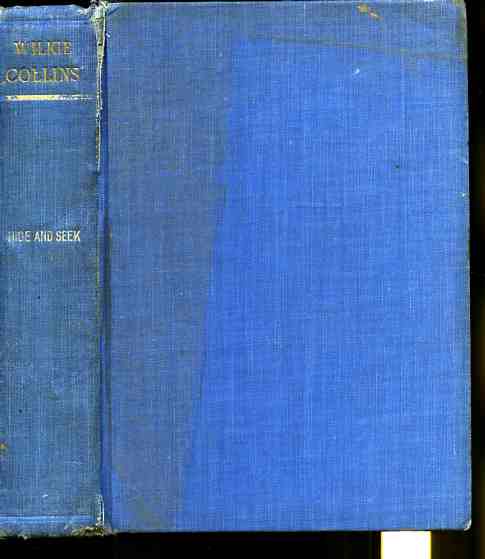 EXECUTIVE SUCCESS: MAKING IT IN MANAGEMENT

[TRUE CRIME] MEMOIRS OF JAMES HARDY VAUX, A SWINDLER AND THIEF, NOW TRANSPORTED TO NEW SOUTH WALES FOR THE SECOND TIME, AND FOR LIFE 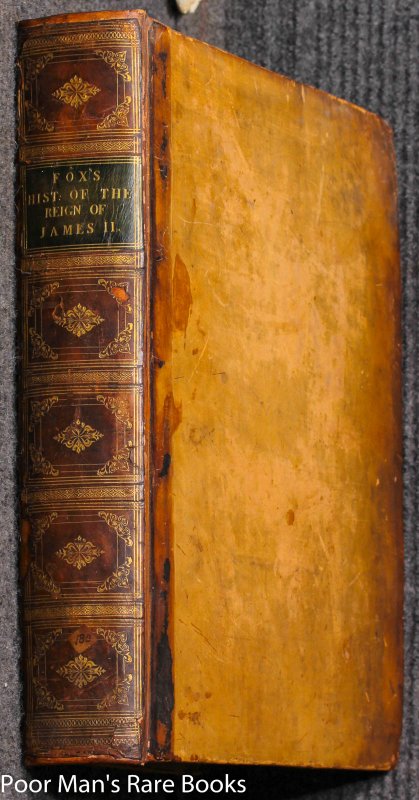 A History Of The Early Part Of The Reign Of James The Second; With An Introductory Chapter [lbc] 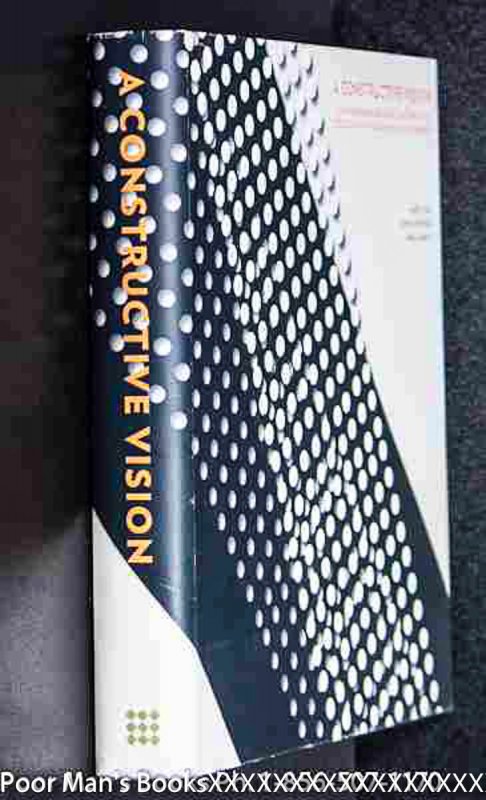 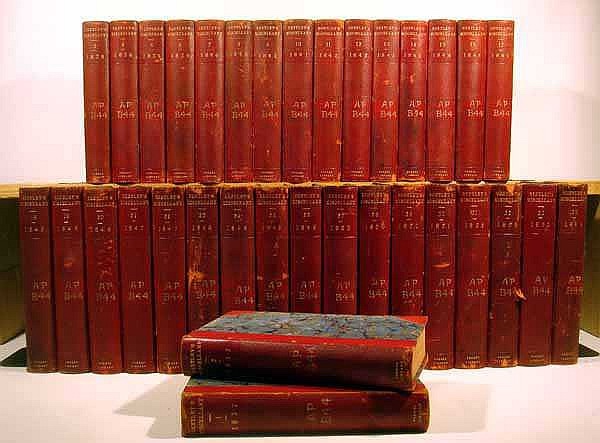 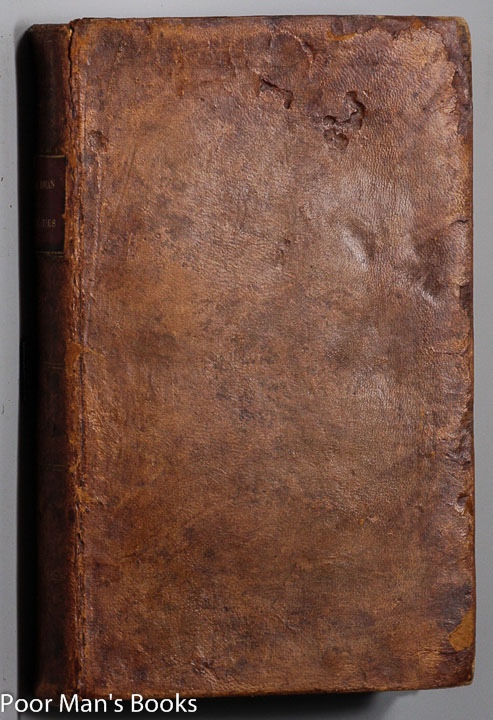 ROMAN ANTIQUITIES: OR, AN ACCOUNT OF THE MANNERS AND CUSTOMS OF THE ROMANS

POPERY: GUNPOWDER-TREASON; KING JAMES HIS SPEECH [3 BOUND IN ONE VOLUME]