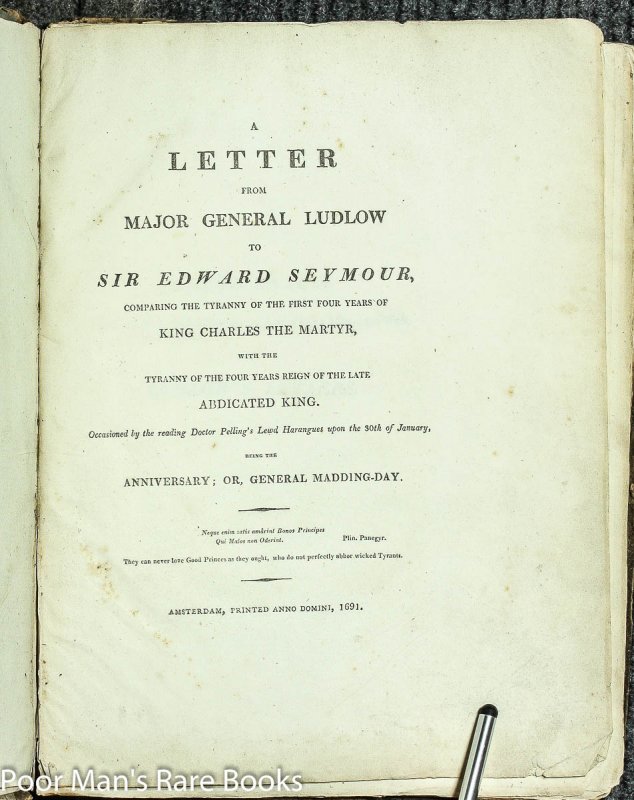 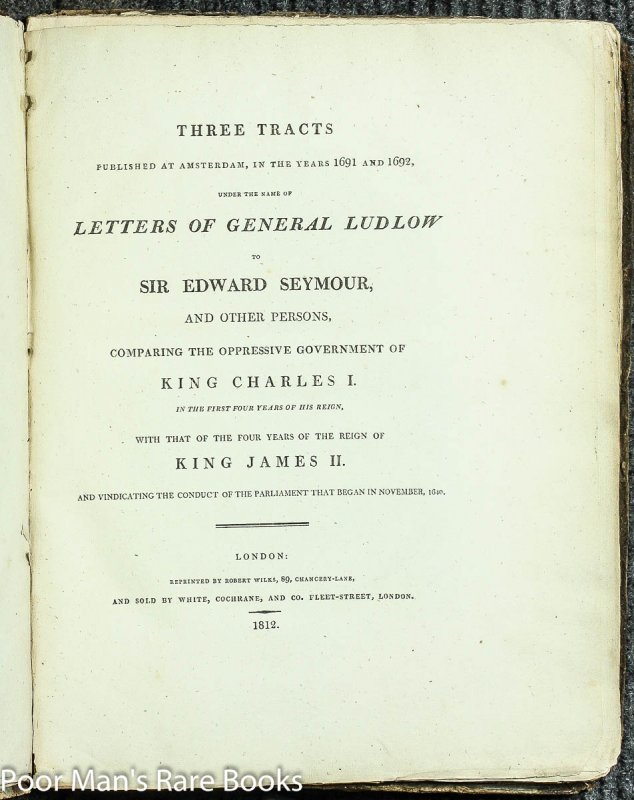 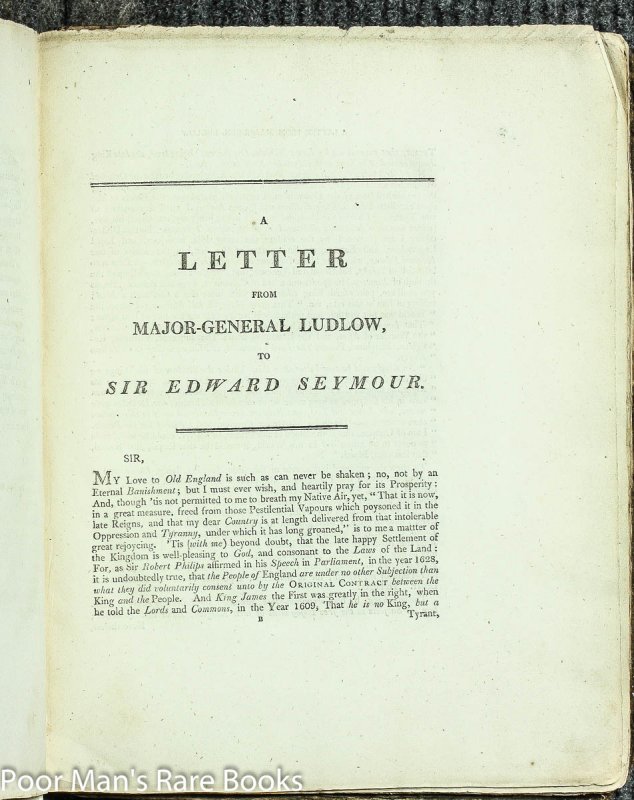 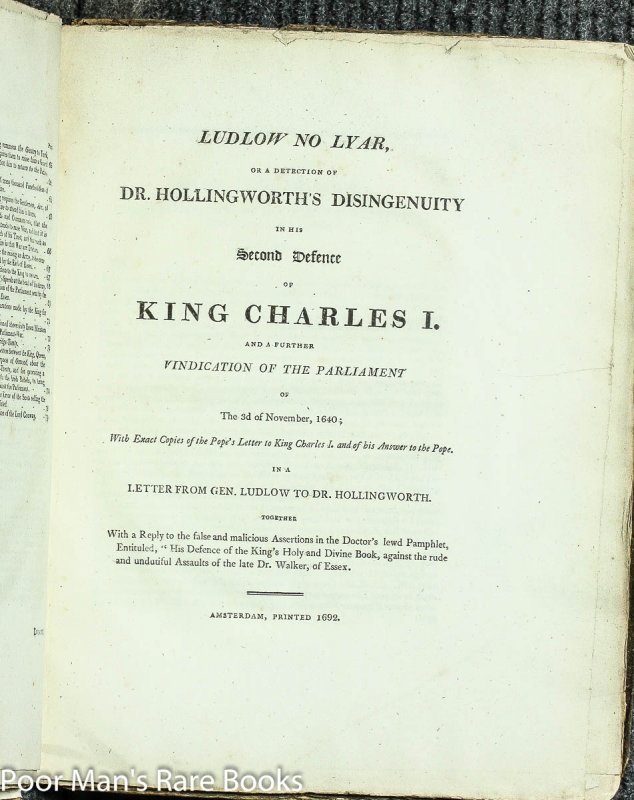 xvii, 150 pages; A Letter From Major General Ludlow to Sir Edward Seymour comparing the Tyranny of the First Four Years of King Charles the Martyr with the Tyranny of the Four Years Reign of the Late Abdicated King Occasioned by the reading of Doctor Pelling's Lewd, Harangues upon the 30th of January being the Anniversary; or general Madding-Day pp1-20 1691. A Letter From General Ludlow To Dr Hollingworth Their Majesty's Chaplain at St-Botoph Aldgate: Defending His Former Letter to Sir E Seymour, which Compared the Tyranny of the Late Abdicated King and Vindicating the Parliament which began in 1640. Reprinted by Robert Wilks in Chancery Lane in the year 1812. Pp 23-80. Table of some remarkable things in this book pp81-82; Ludlow No Liar or a Detection of dr Hollingworth's Disengenuity in His Second defense of King Charles I... Amsterdam printed 1692 pp 83-99 ; Ludlow No Liar to Dr Hollingworth pp 100-150. Bound in early boards. Binding split between pp viii and ix. Covers worn. 1812 reprint bound in with 1691-2 issues. 8.25 x 11.75". 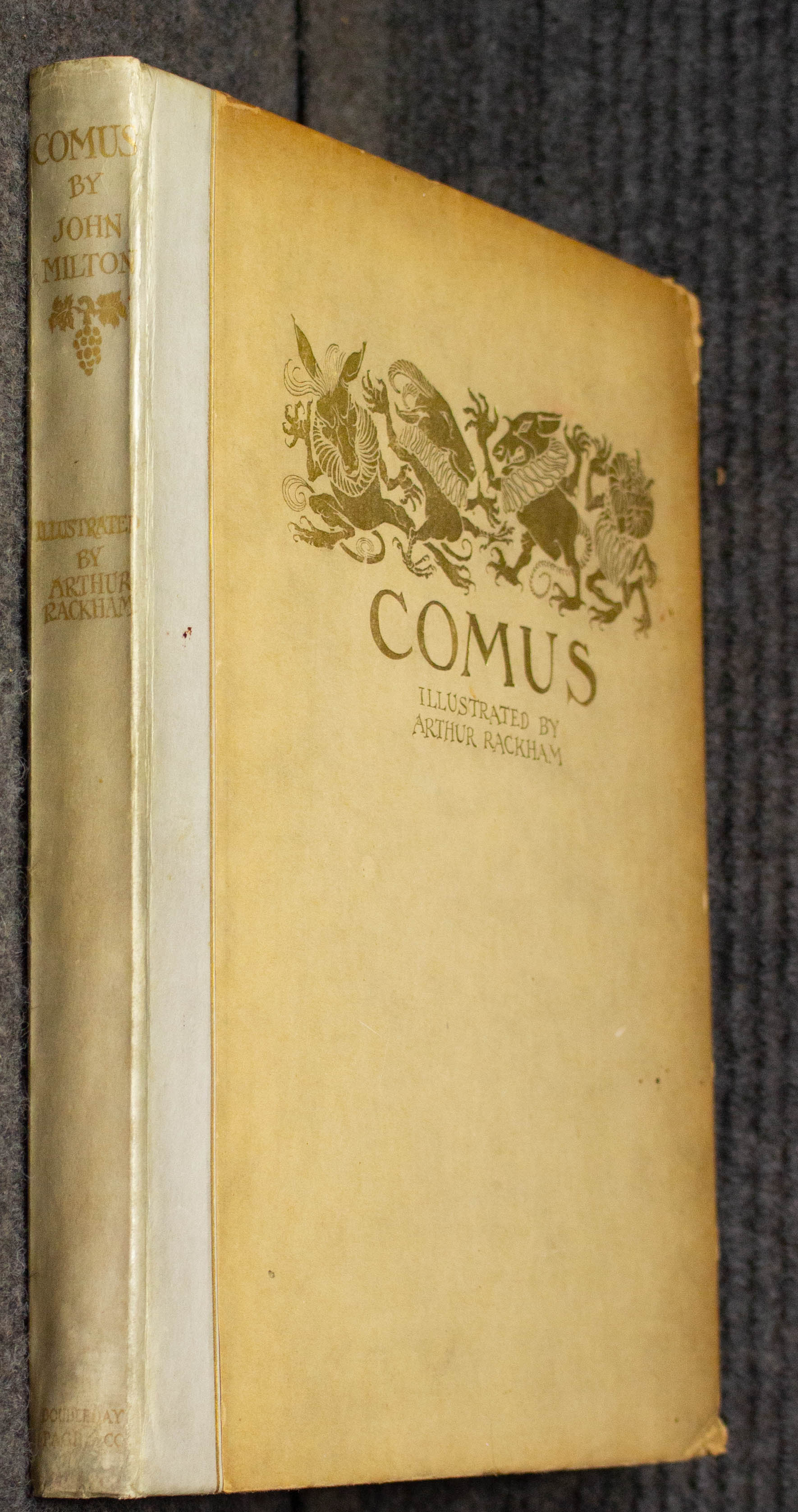 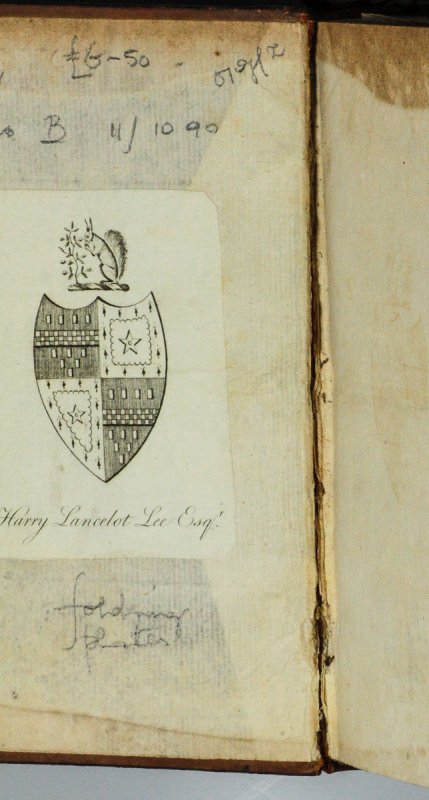 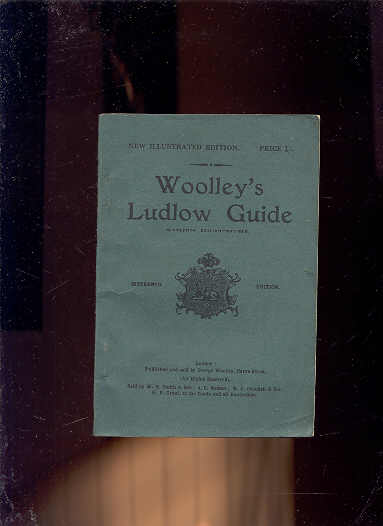 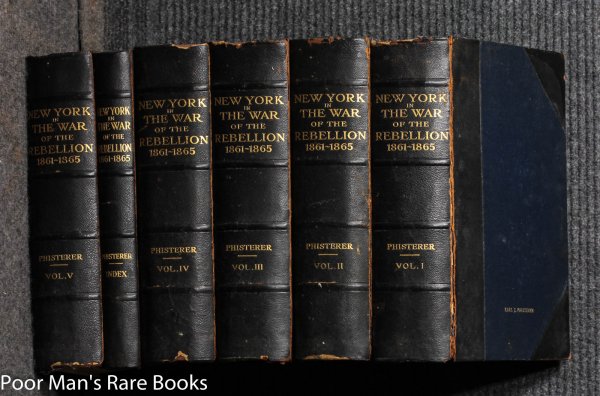 New York In The War Of The Rebellion 1861 To 1865 [ Author's Copy, Signed Presentation Letter By Adjutant General To His Son, Karl Phisterer] Ct 6 Vols 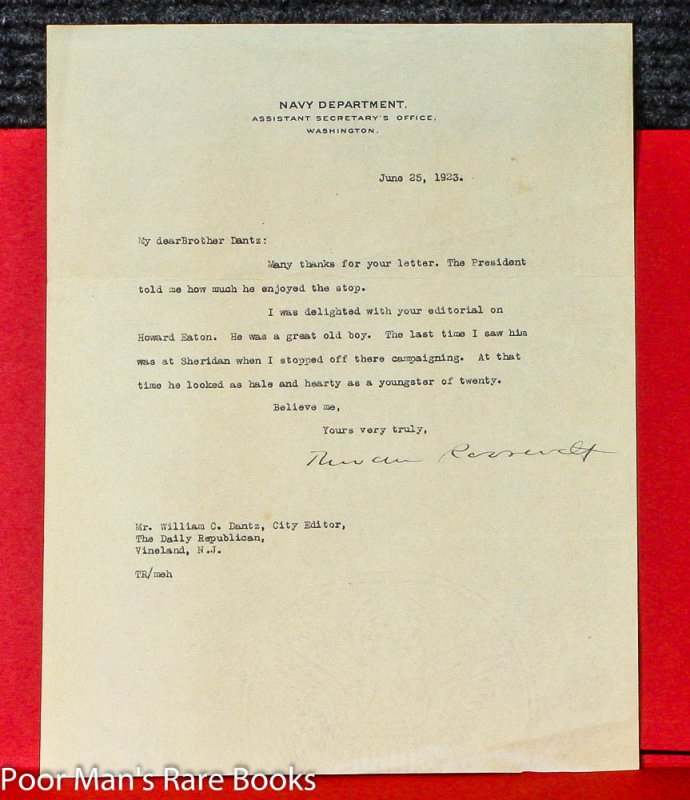 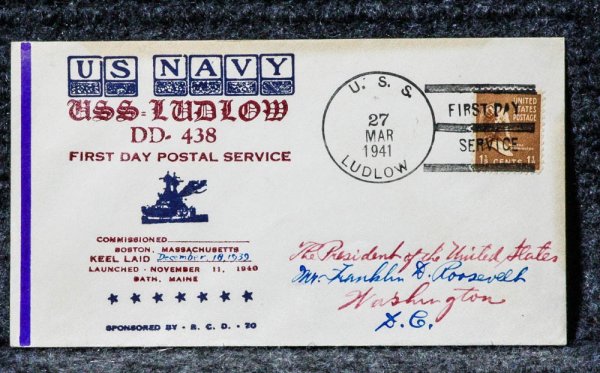 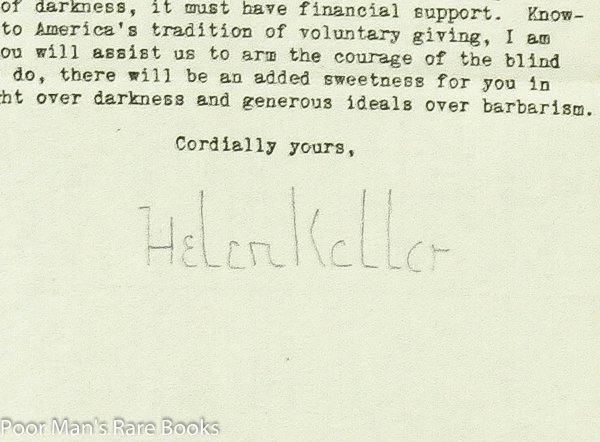 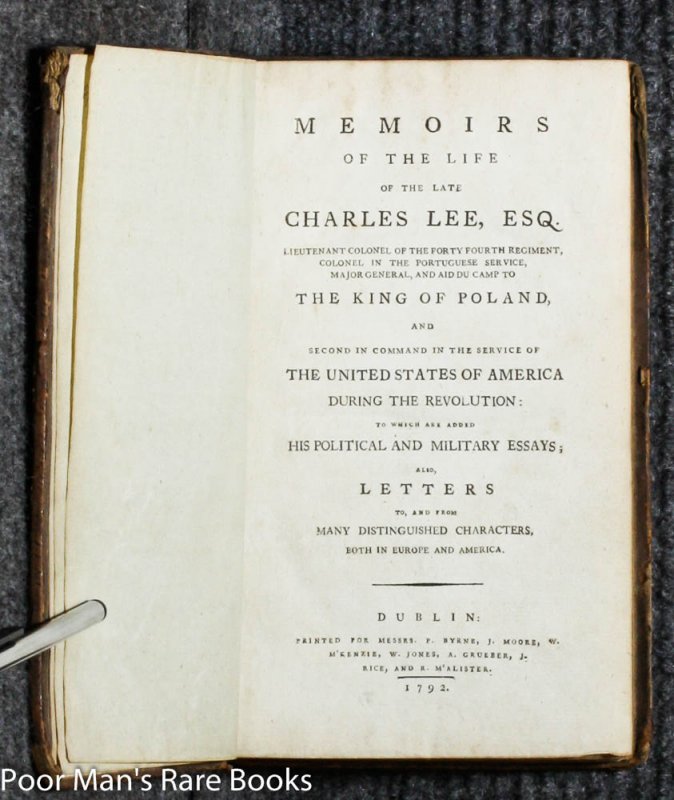