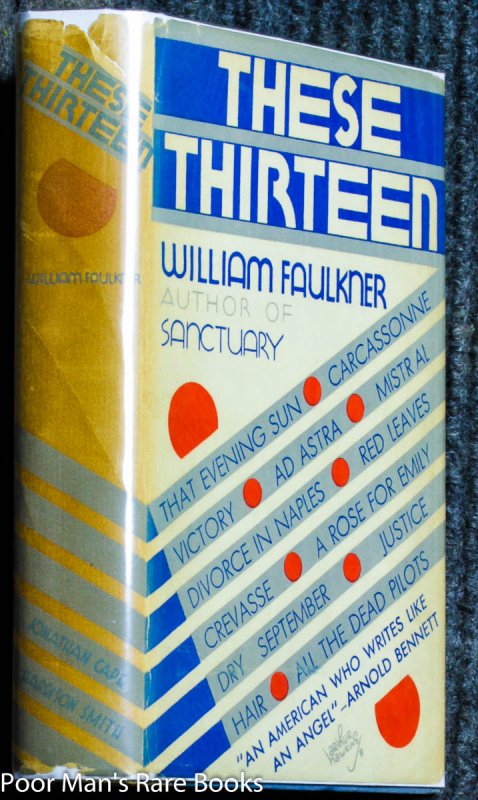 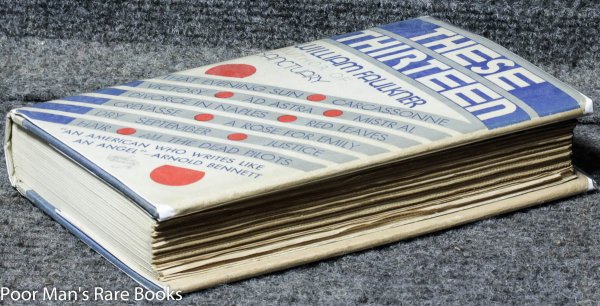 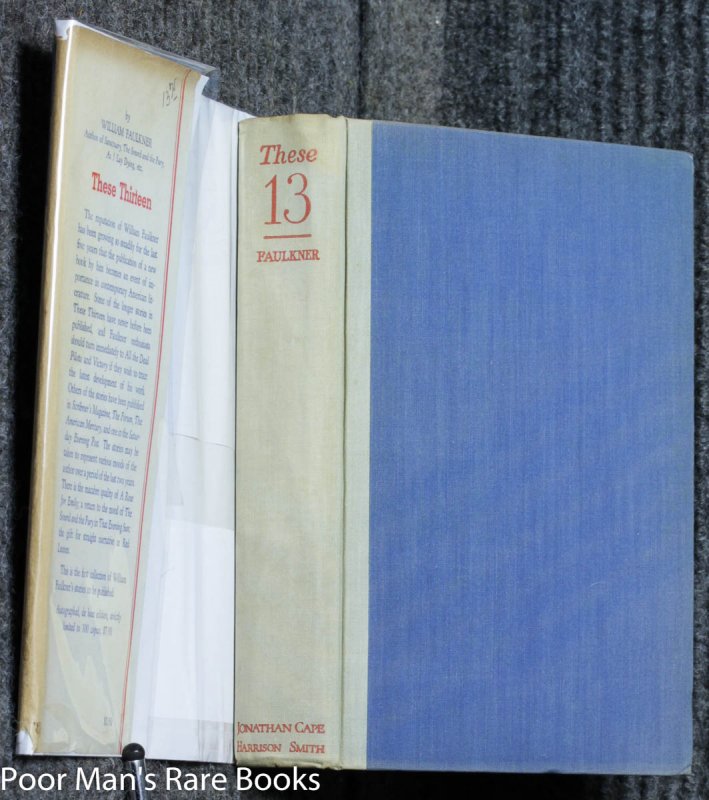 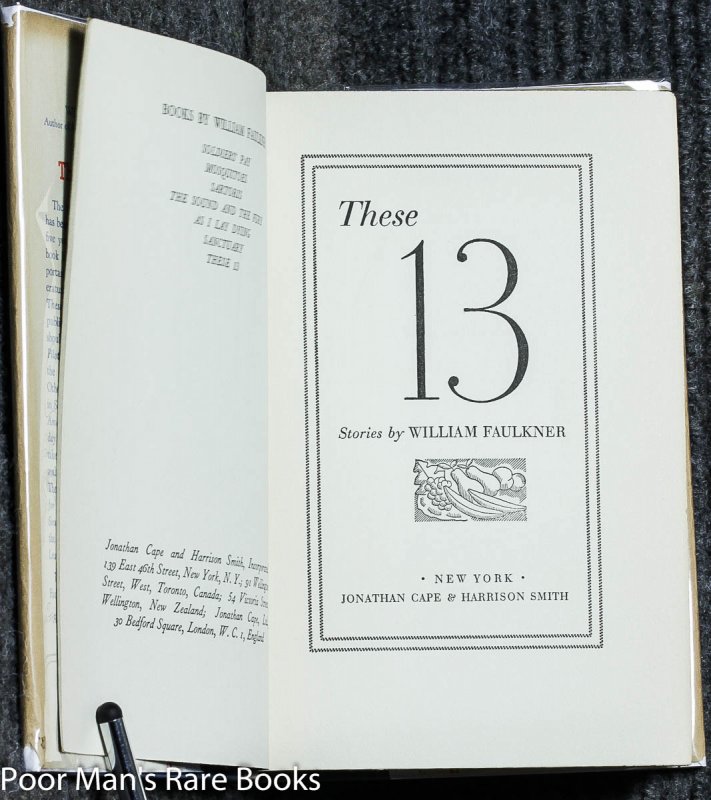 358 pages; William Cuthbert Faulkner was an American writer and Nobel Prize laureate from Oxford, Mississippi. Faulkner worked in a variety of media; he wrote novels, short stories, a play, poetry, essays and screenplays during his career. He is primarily known and acclaimed for his novels and short stories, many of which are set in the fictional Yoknapatawpha County, a setting Faulkner created based on Lafayette County, where he spent most of his childhood. Faulkner is considered one of the most important writers of the Southern literature of the United States, along with Mark Twain, Robert Penn Warren, Flannery O'Connor, Truman Capote, Eudora Welty, Thomas Wolfe, Harper Lee and Tennessee Williams. Though his work was published as early as 1919, and largely during the 1920s and 1930s, Faulkner was relatively unknown until receiving the 1949 Nobel Prize in Literature. Two of his works, "A Fable" (1954) and his last novel "The Reivers" (1962) , both won the Pulitzer Prize for Fiction. Width: 5.25" Height: 8" "The reputation of William Faulkner has been growing so steadily for the last five years that the publication of a new book by him becomes an event of importance in contemporary American literature. Some of the longer stories in 'These Thirteen' have never before been published, and Faulkner enthusiasts should turn immediately to 'All the Dead Pilots' and 'Victory' if they wish to trace the latest development of his work. Others of the stories have been published in 'Scribner's Magazine,' 'The Forum,' 'The American Mercury,' and one in the 'Saturday Evening Post.' The stories may be taken to represent various moods of the author over a period of the last two years. There is the macabre quality of 'A Rose for Emily'; a return to the mood of 'The Sound and the Fury' in 'The Evening Sun'; the gift for straight narrative in 'Red Leaves.' "This is the first collection of William Faulkner's stories to be published." (From the front flap of the dust jacket). Stated first edition of this work. This volume is bound in blue and gray cloth, with red lettering on the spine. There is some sunning to the covers, as well as minor bumping to the corners. The binding is sound. The text block is adorned with blue and white pictorial endpapers. The pages exhibit light age toning, concentrated at the extremities. Original blue cloth with white cloth spineThis work is preserved in an intact dust jacket, illustrated by Arthur Hawkins. The jacket displays light age toning with darkened fully legible spine and shallow [1/16-1/4"] chips at head and foot of spine. A price of $2.50 is printed in the lower right corner of the front flap. The jacket is protected by a paper-backed mylar cover. This volume has been collated and is complete. The dedication, acknowledgement, and table of contents pages are uncut at the bottom edge. A very small spot of foxing shows at the bottom margin of pages 258-59, otherwise the text is Fine. First Edition Vintage Short Story Collection American Literature Hawkins Illustrated Dust Jacket 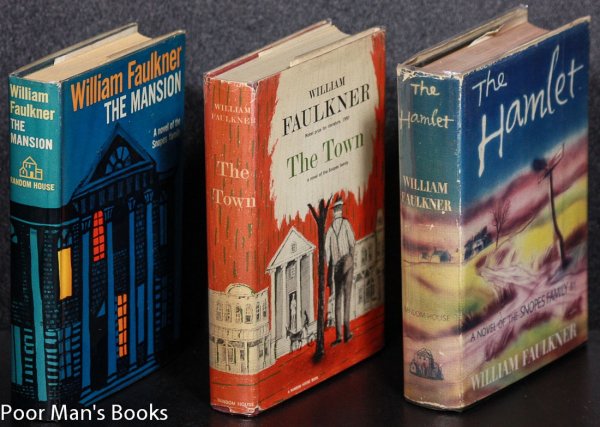 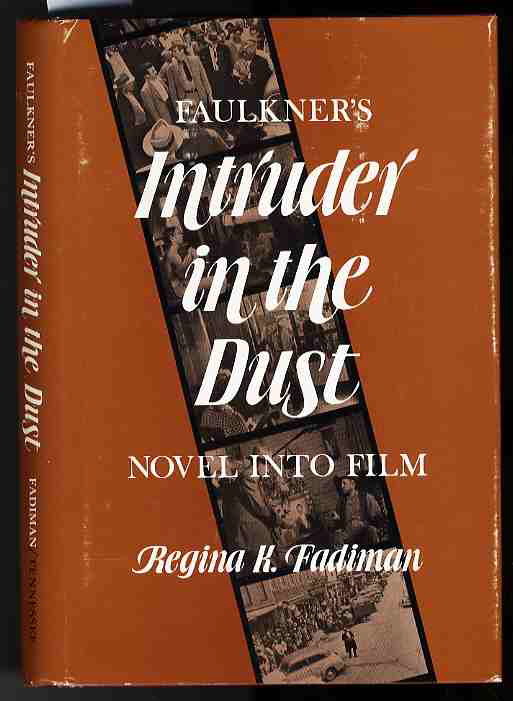 FAULKNER'S INTRUDER IN THE DUST: NOVEL INTO FILM THE SCREENPLAY BY BEN MADDOW AS ADAPTED FOR FILM 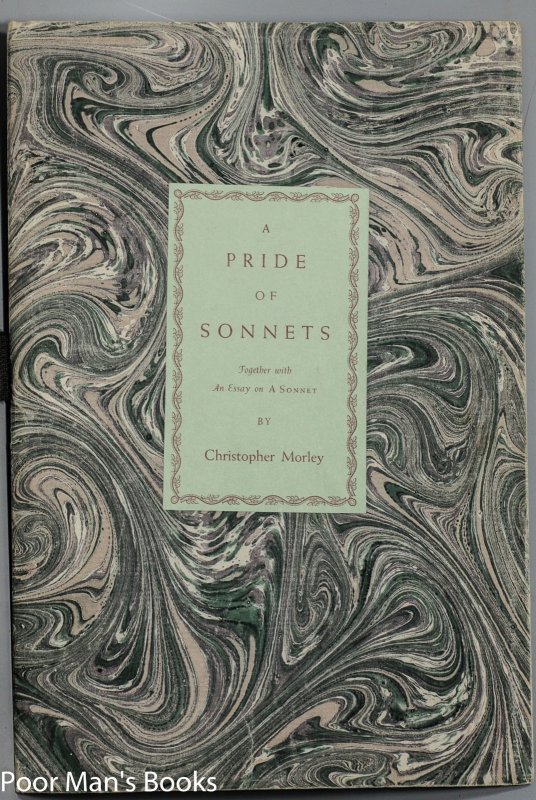 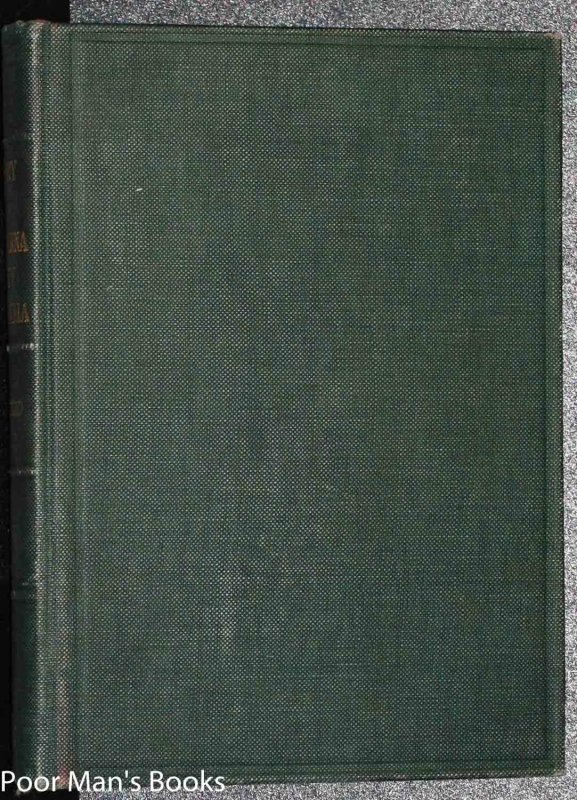 Jubilee History : Commemorative Of The Fiftieth Anniversary Of The Creation Of Lackawanna County, Pennsylvania : Story Of Interesting Events From Indian Occupancy Of Valley Connecticut Settlement, Organization Of Luzerne County Start Of Anthracite V1 Only 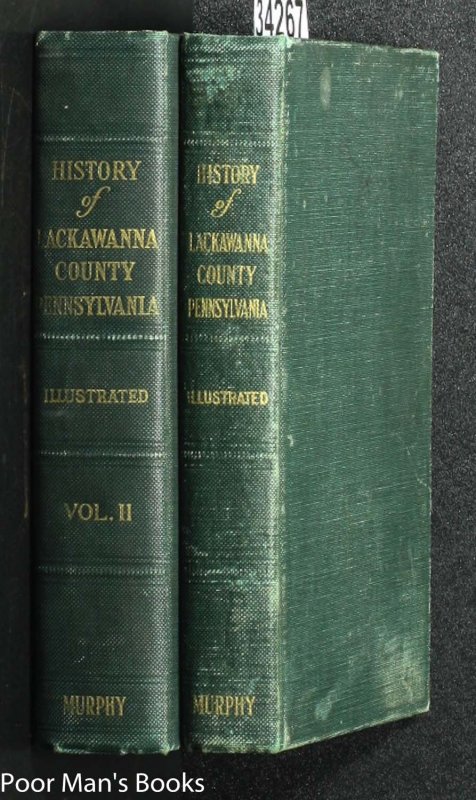 Jubilee History : Commemorative Of The Fiftieth Anniversary Of The Creation Of Lackawanna County, Pennsylvania : Story Of Interesting Events From Indian Occupancy Of Valley, Connecticut Settlement, Organization Of Luzerne County, Start Of Anthracite 2vol 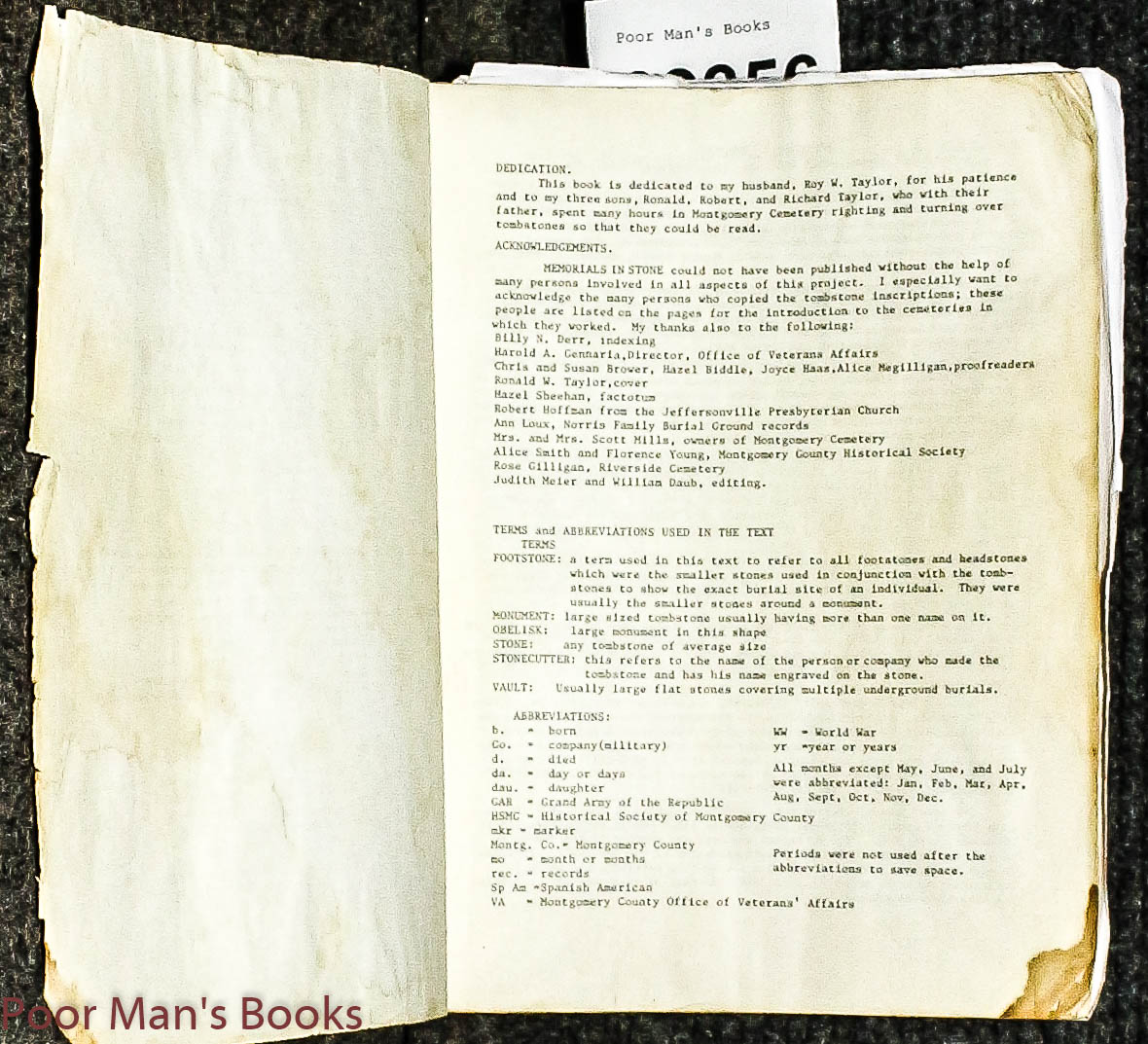 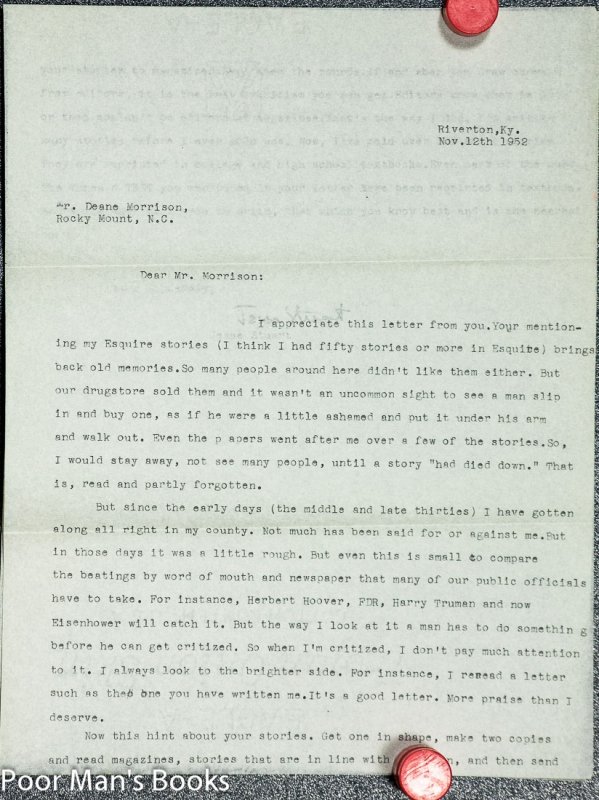 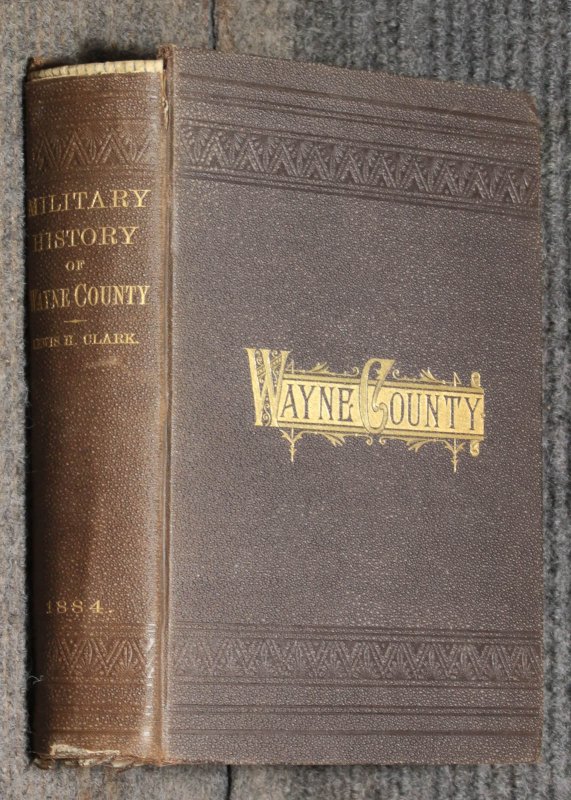 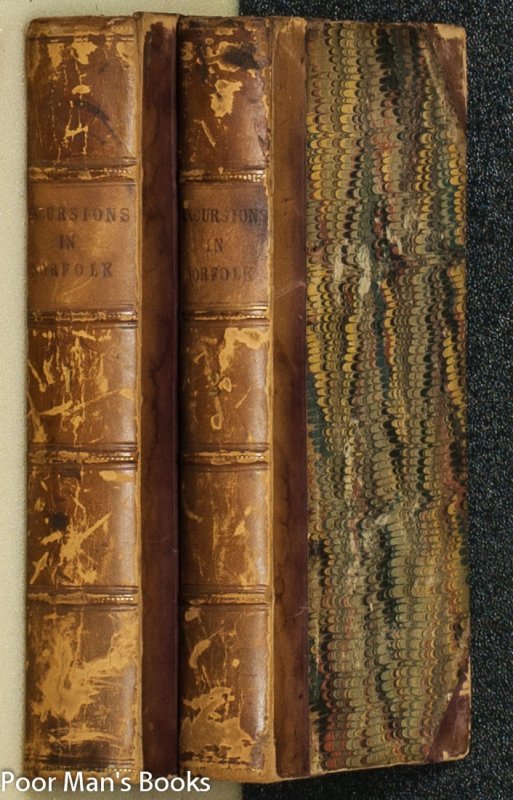 EXCURSIONS IN THE COUNTY OF NORFOLK COMPRISING A BRIEF HISTORICAL AND TOPOGRAPHICAL DELINEATION OF EVERY TOWN AND VILLAGE; TOGETHER WITH DESCRIPTIONS OF THE RESIDENCES OF THE NOBILITY AND GENTRY, REMAINS OF ANTIQUITY, AND EVERY OTHER INTERESTING [2VOL CT] 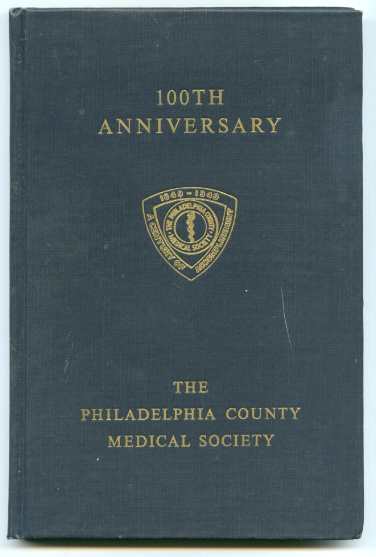