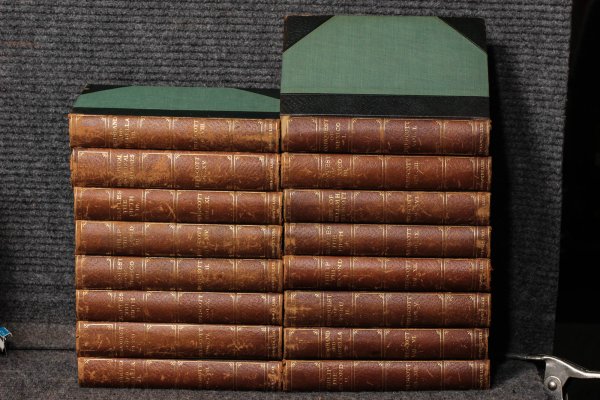 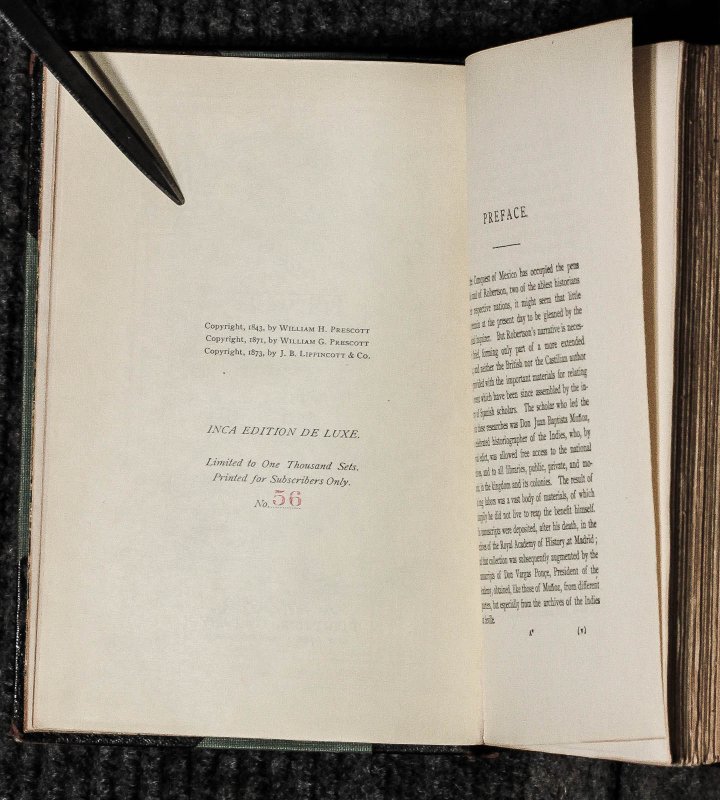 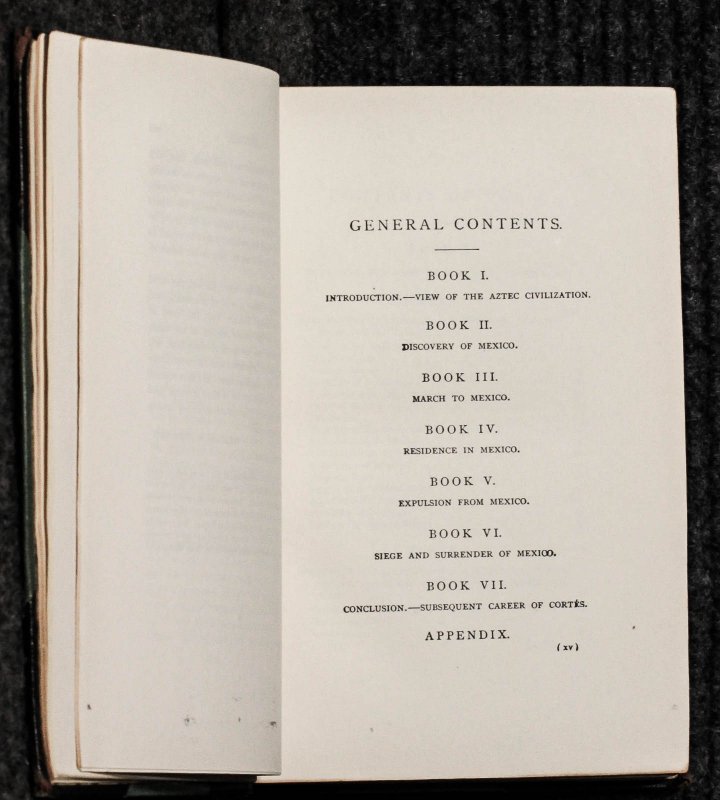 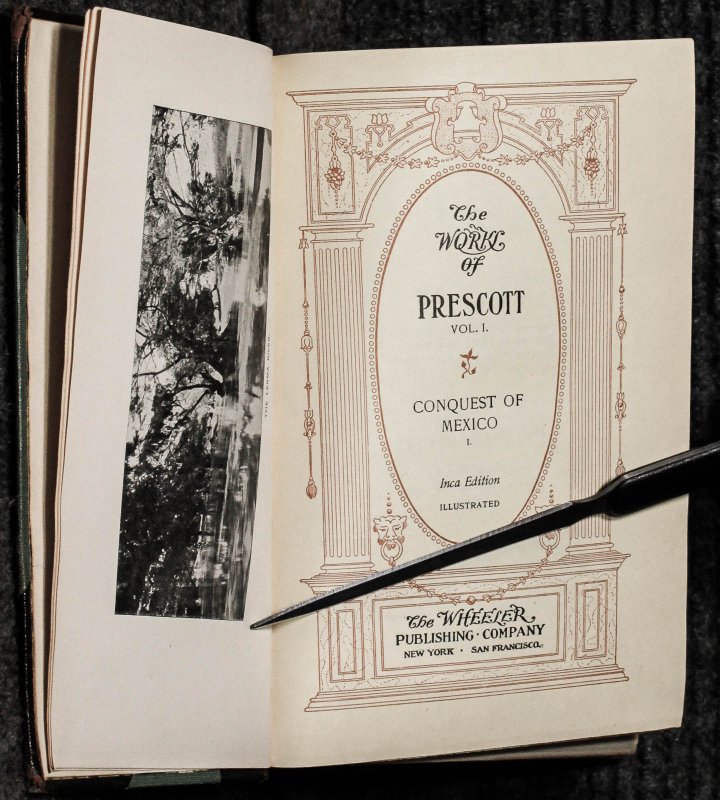 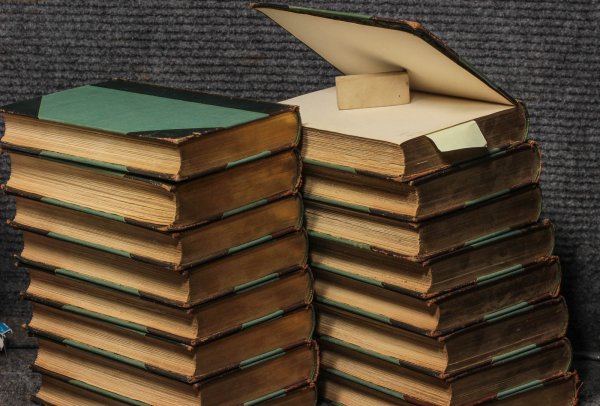 b/w; William Hickling Prescott was an American historian and Hispanist, who is widely recognized by historiographers to have been the first American scientific historian. Despite suffering from serious visual impairment, which at times prevented him from reading or writing for himself, Prescott became one of the most eminent historians of 19th century America. He is also noted for his eidetic memory. Width: 5.5" Height: 8" weight This set of the work of William Prescott is a limited edition, number 56 of 1000 sets for subscribers. The volumes are bound in half leather with cloth covered boards and feature gilt lettering/tooling on the spine cover. The titles in this set include multi volume editions of : "The Conquest of Mexico; " "Conquest of Peru; " "History of the Reign of Ferdinand and Isabella; " "Reign of Charles the Fifth; " "History of Philip the Second; " "Biographical and Critical Miscellanies; " and "The Life of William H. Prescott." set shows well with mild signs of ageing. There is some edgewear to the boards and spine covers. The interior pages show well with occasional age toning. Liberally illustrated with full page plates. 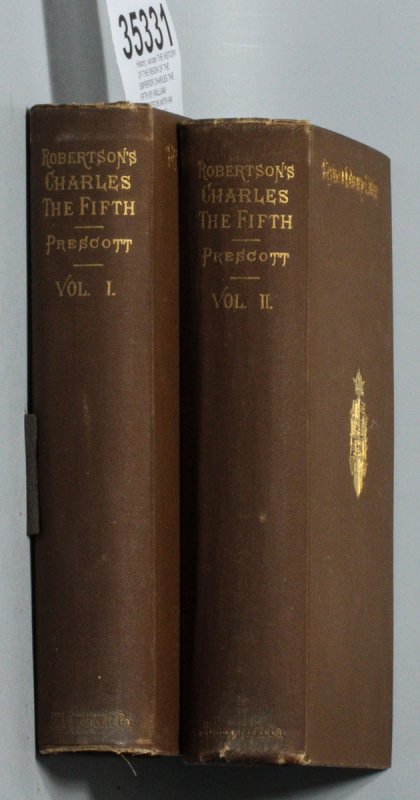 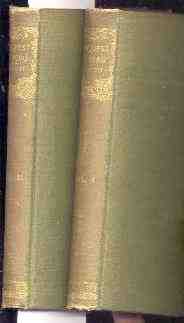 HISTORY OF THE CONQUEST OF PERU Complete 2 Vol. Set 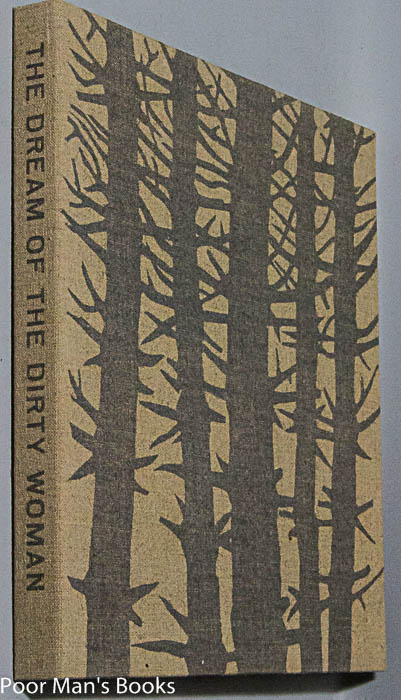 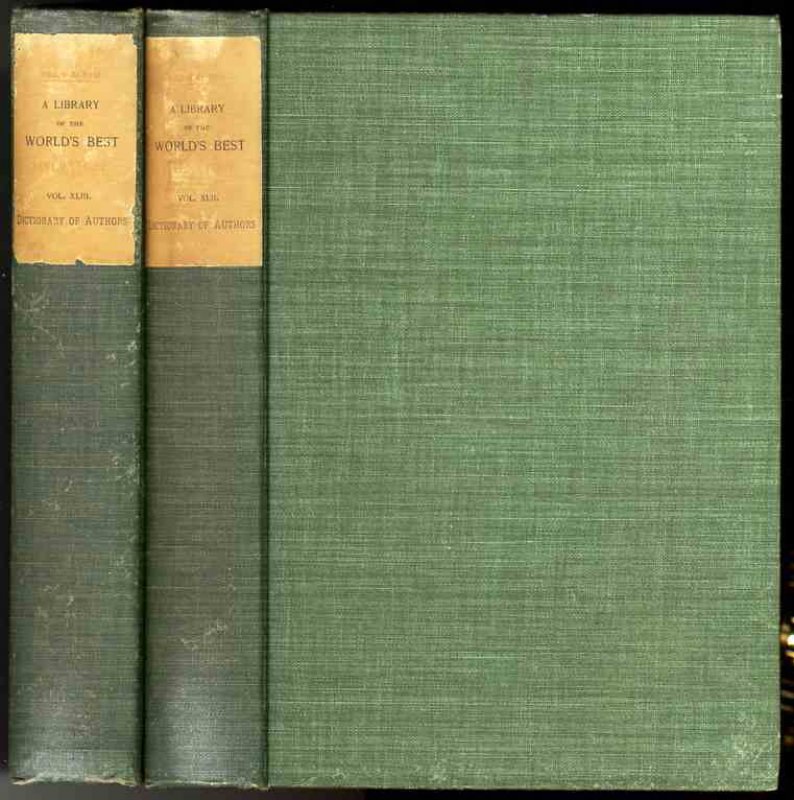 LIBRARY OF THE WORLD'S BEST LITERATURE ANCIENT AND MODERN: DICTIONARY OF AUTHORS Limited Edition Deluxe 56/1000 Dictionary of Authors Only, Complete in 2 Volumes 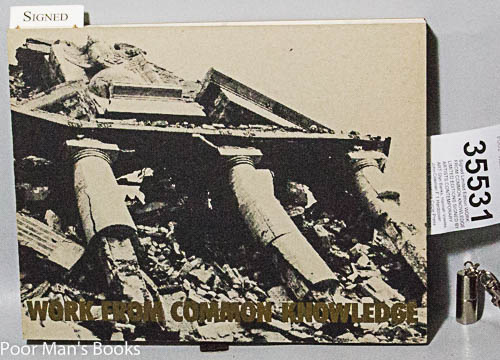 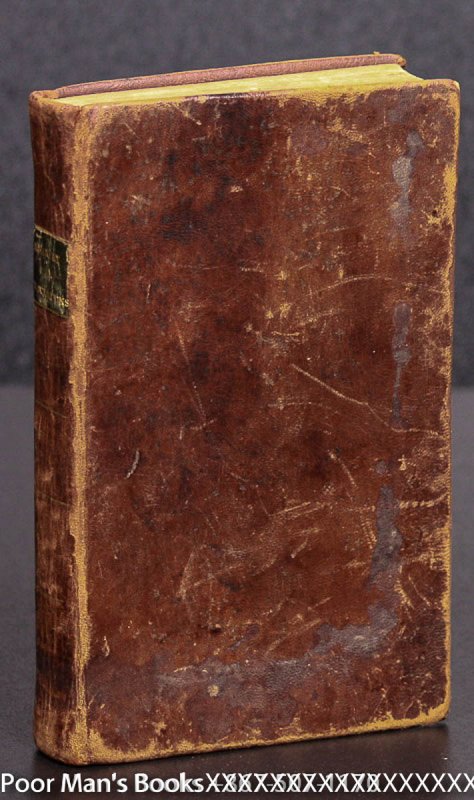 RULES AND REGULATIONS FOR THE FIELD EXERCISES AND MANOEUVRES OF INFANTRY . . . AGREEABLY TO A RESOLVE OF CONGRESS, 1814. 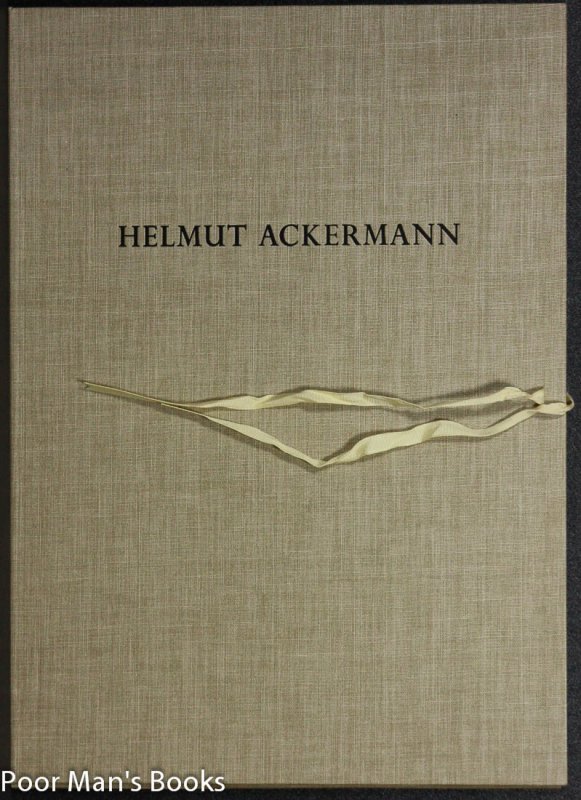 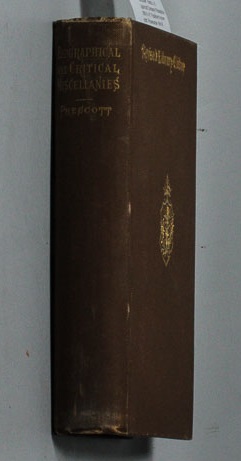 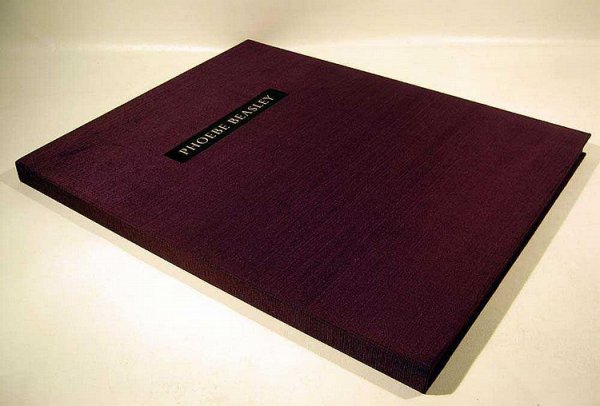