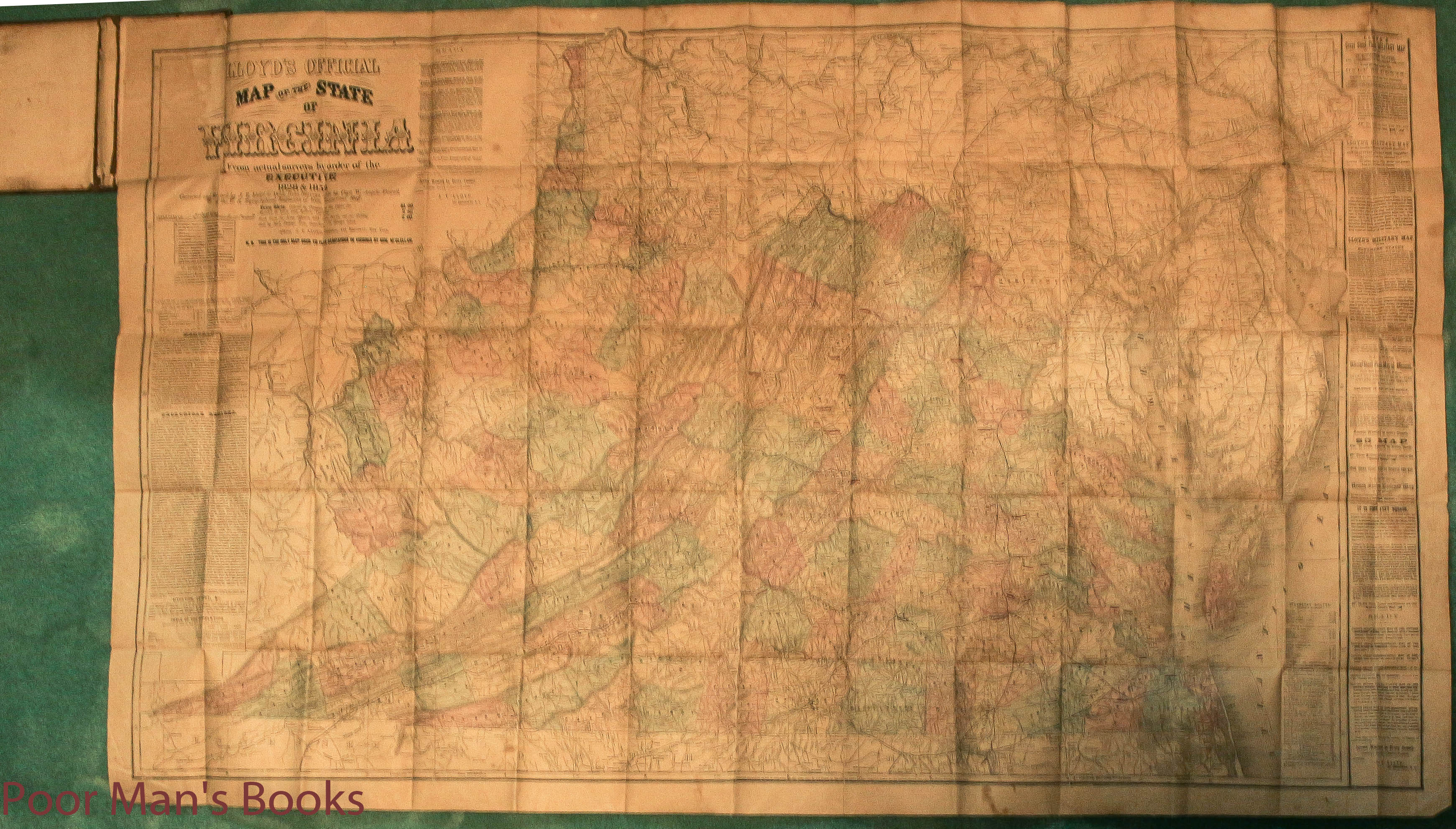 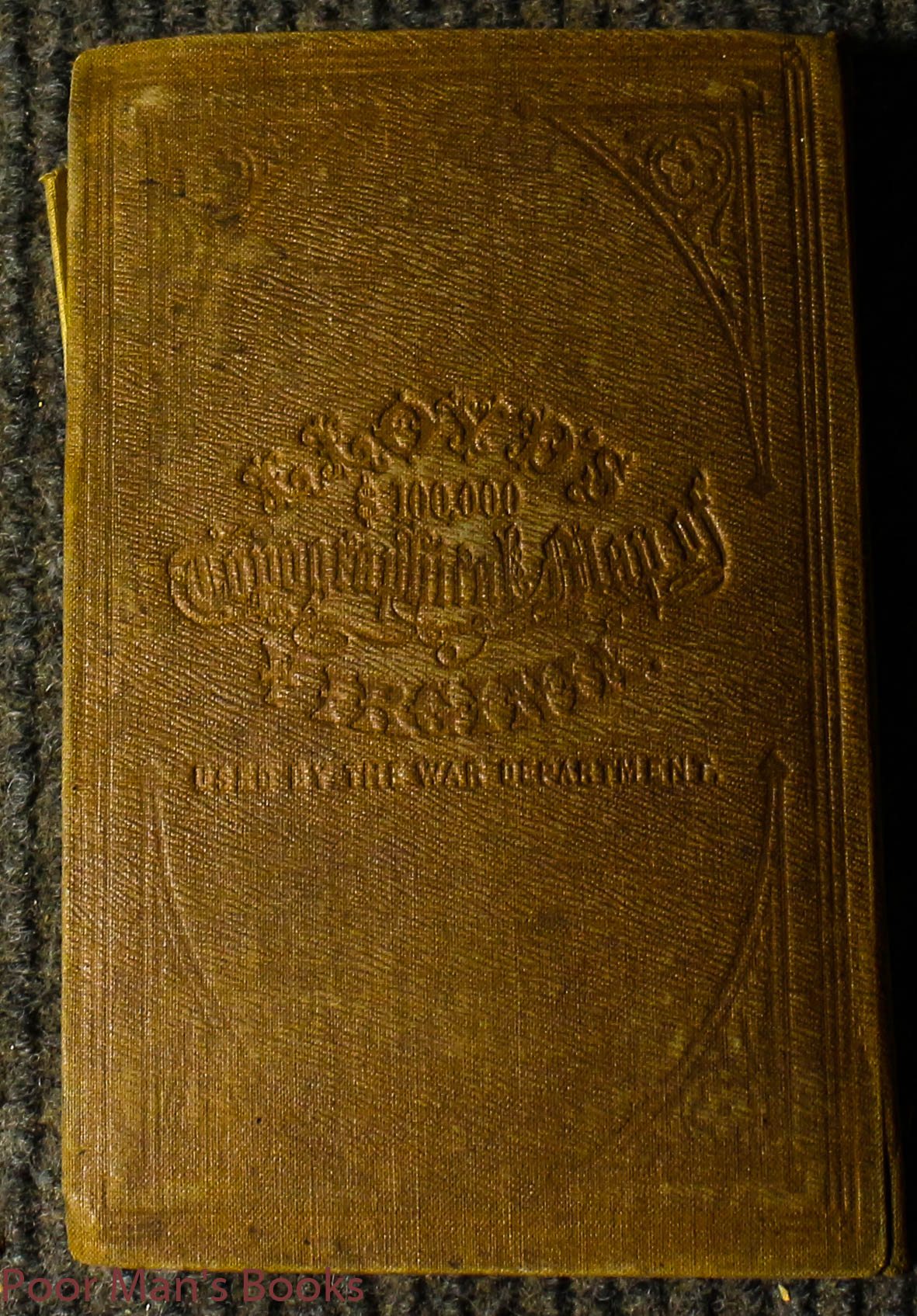 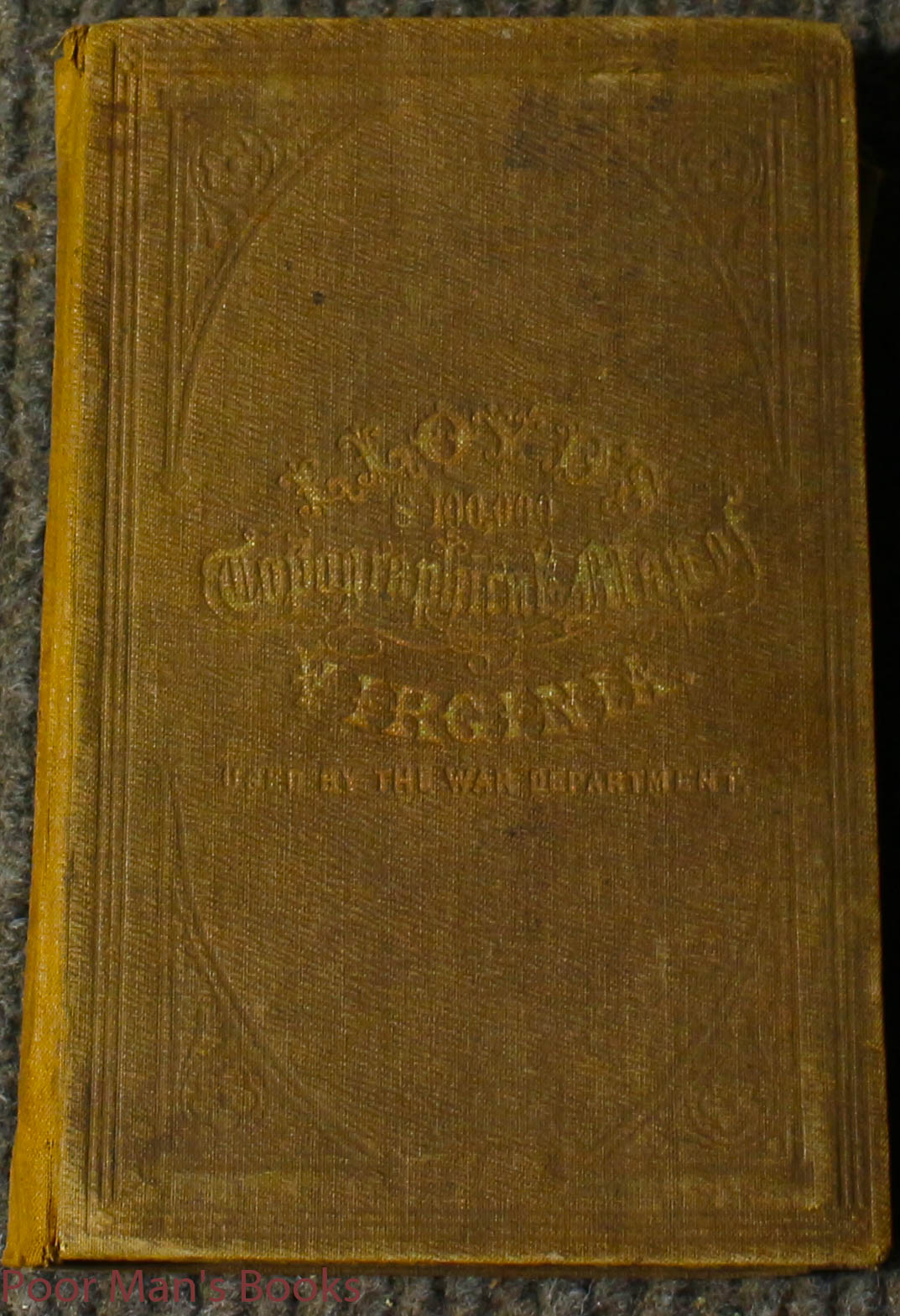 By: Us War Department

Color Illustrated; J. T. Lloyd. Lloyd's Official Map of the State of Virginia. New York: J. T. Lloyd, 1862. 31 x 51.5". A large linen-backed folding map first issued in 1861, then 1862, and last issued in 1863 taken from Boye's map of 1828 and extensively revised. Each county is in color. This version was intended for use by Union military officer's and bears the printed notation "This is the only map used to plan campaigns in Virginia by Gen. McClellan". The map is mounted in embossed brown cloth covers measuring 4.5" x 7.25", and the front board is titled in [faded] gold [Lloyd's $100,000 Topographical Map of Virginia. By War Department. Largest and finest map of the state produced in the nineteenth century," according to Wooldridge. Linen backed, aprox 32" x 51.5". Contents are in excellent condition. There are a couple small holes where the folds intercept. Colors are a bit muted as it was printed. Aging has darkened the background of map. On both the right and the left sides there are somewhat lengthy commentaries. The map is at least in Very Good condition as, due to it's format, it has had minimal light exposure. The entire contents consists of this map. Boards with cloth spine. Boards are VG though faded, the color is even, the spine matches the board color but is wrinkled. Complete as issued, an unusually nice copy. 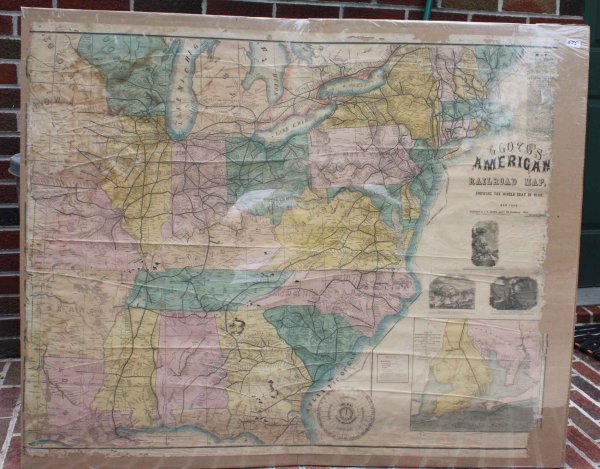 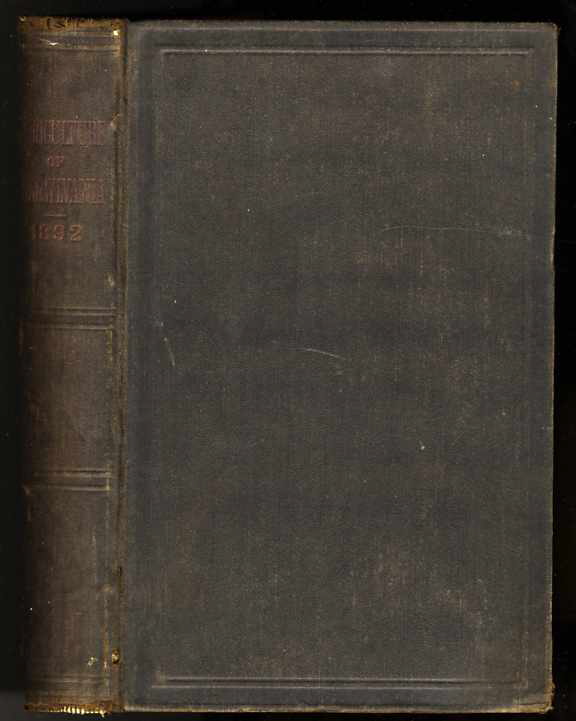 AGRICULTURE OF PENNSYLVANIA CONTAINING REPORTS OF THE STATE BOARD OF AGRICULTURE, TEH STATE AGRICULTURAL SOCIETY, THE STATE DAIRMAEN'S ASSCOIATION, THE STATE HORTICULTURAL ASSOCIATION AND THE STATE COLLEGE FOR 1892

By: Agriculture, Pennsylvania State Board Of 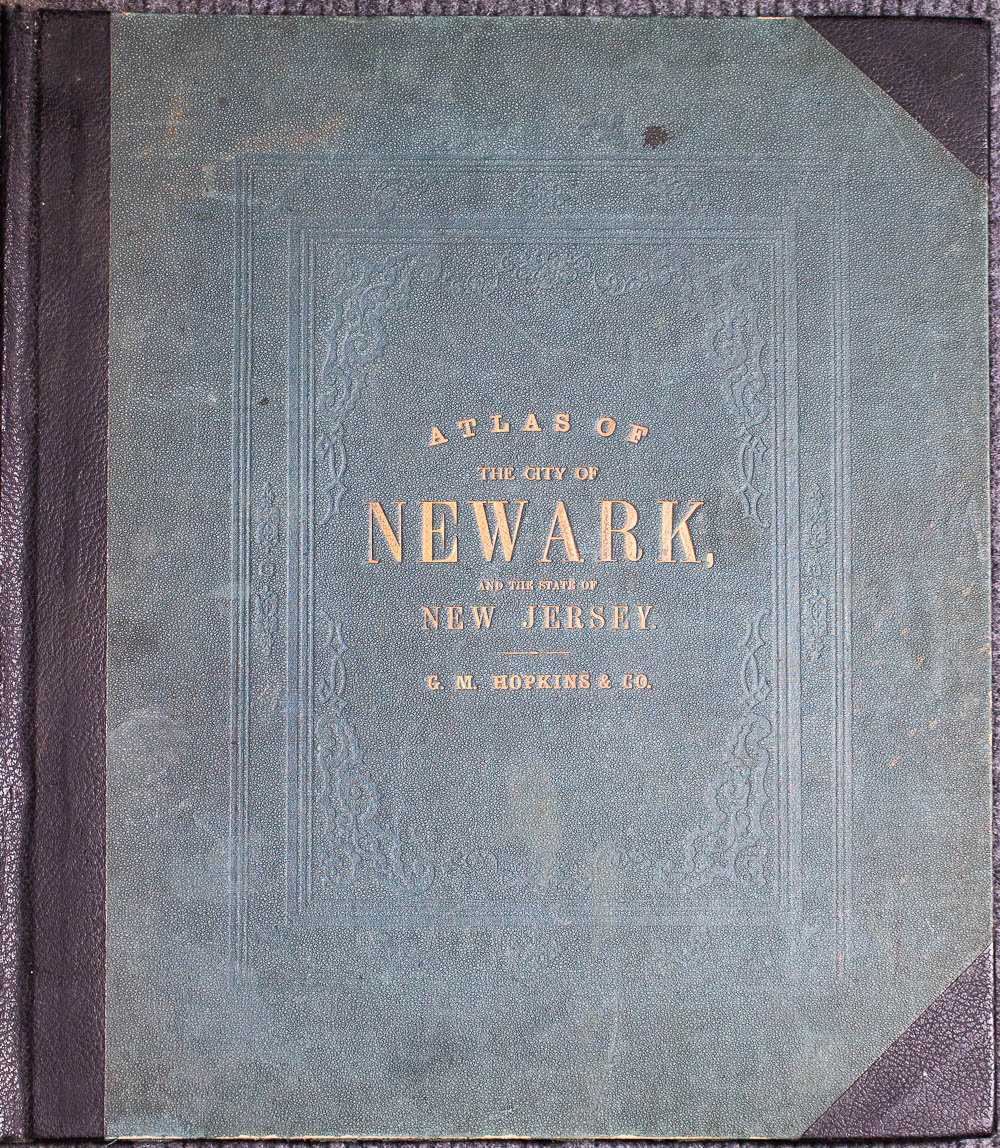 Hopkins, G. M.combined Atlas Of The State Of New Jersey And The City Of Newark From Actual Survey, Official Records & Private Plans 1873 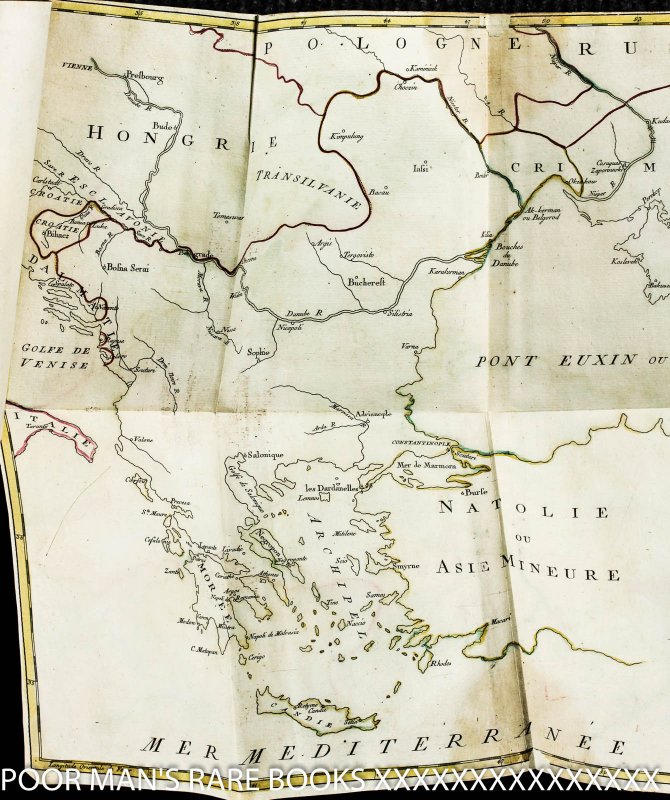 ANNUAL REPORT OF THE STATE ENGINEER AND SURVEYOR ON THE CANALS OF THE STATE. : TRANSMITTED TO THE LEGISLATURE FEBRUARY 15, 1877. [PRESENTATION COPY] 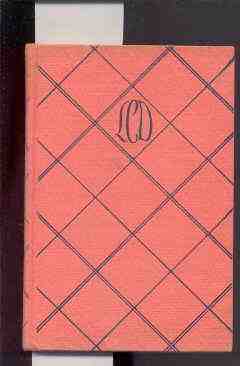 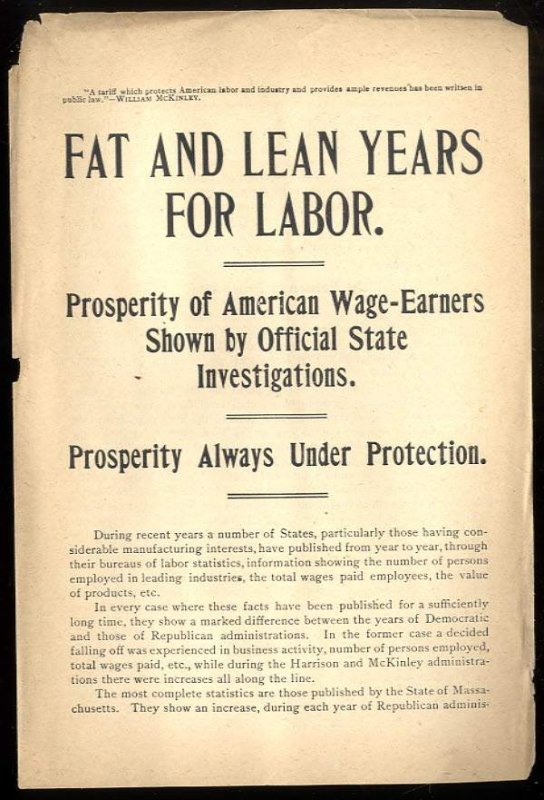 By: President McKinley [by Order Of] 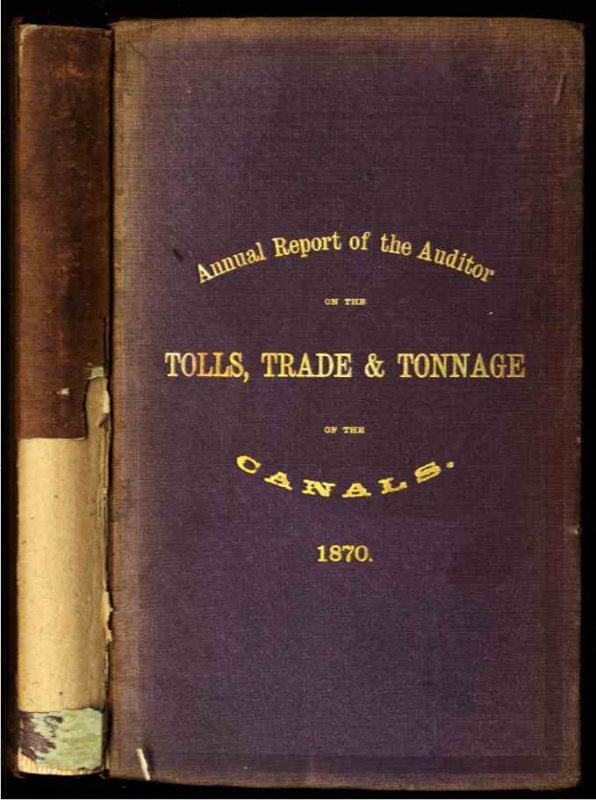 [NEW YORK STATE] ANNUAL OF THE AUDITOR ON THE TOOLS, TRADE AND TONNAGE OF THE CANALS OF THE STATE OF NEW YORK 1870

By: Auditor Of The Canal Department