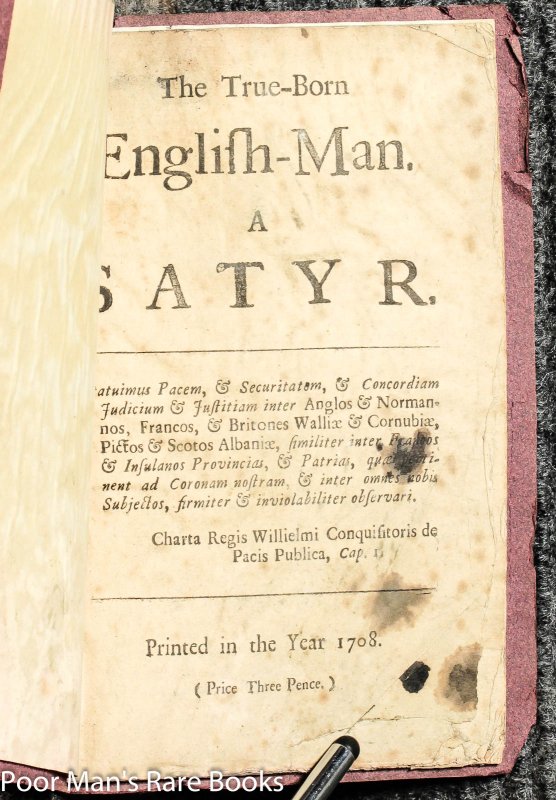 The True-born English-man: A Satyr [pamphlet]

39, [1] pages; The True-Born Englishman is a satirical poem published in 1701 by Daniel Defoe defending the then King of England William, who was Dutch-born, against xenophobic attacks by his political enemies, and ridiculing the notion of English racial purity. It quickly became popular. Quote, " Thus from a mixture of all kinds began, That het'rogeneous thing, an Englishman: In eager rapes, and furious lust begot Betwixt a painted Britain and a Scot. Whose gend'ring off-spring quickly learn'd to bow, And yoke their heifers to the Roman plough: From whence a mongrel half-bred race there c... View more info 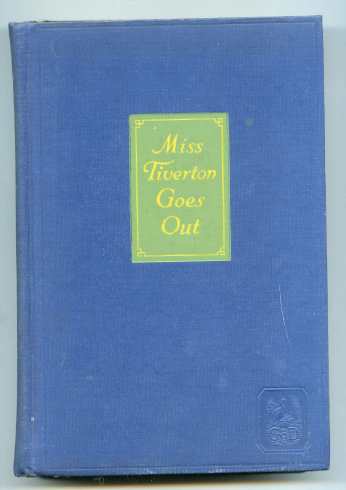 Condition: Good+ with no dust jacket

By: Anonymous, Illustrated by Cesare