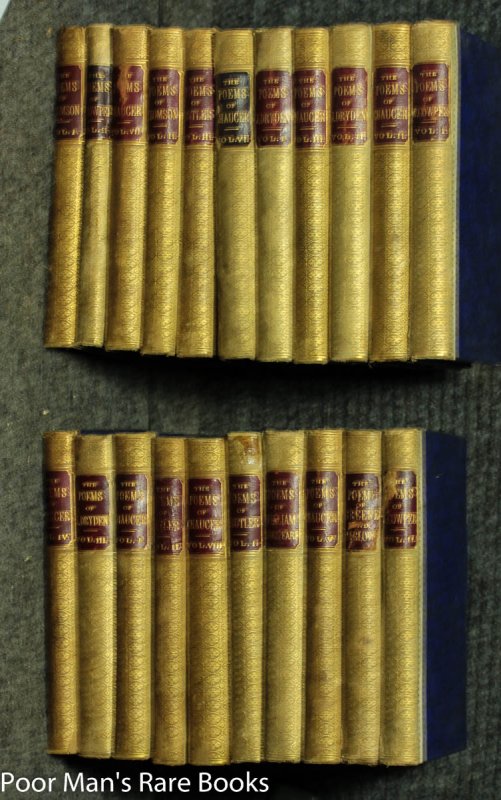 By: Collected by Robert Bell

Condition: Good with no dust jacket

Published variously in the 1870'S. Each set appears to be complete. POEMS OF JOHN DRYDEN IN THREE VOLS. POEMS OF ROBERT GREEN & MARLOWE IN 1 VOL. POEMS OF SAMUEL BUTLER IN 3 VOLS. POEMS OF WILIAM COWPER IN THREE VOLS. POEMS OF WILLIAM SHAKESPEARE IN 1 VOL. POETICAL WORKS OF JAMES THOMSON IN 2 VOLS. POETICAL WORKS OF GEOFFREY CHAUCER IN 8 VOLUMES vol I with black spine title. Bound in blue cloth with gilt over white cloth spine. 21 volumes in all. Various faults, occasional water marks and wear. But overall in good condition and are sound and readable. One volume with crease on front board.
View More...