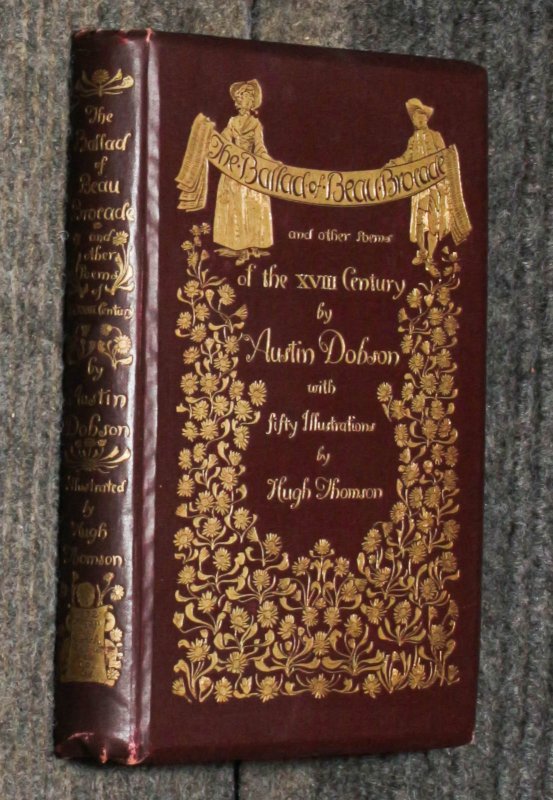 B/w; Laid in neatly written folded note dated 1887 and signed by Dobson. Gilt decorated maroon cloth. He was born at Plymouth, the eldest son of George Clarisse Dobson, a civil engineer, of French descent. When he was about eight, the family moved to Holyhead, and his first school was at Beaumaris in Anglesey. He was later educated at Coventry, and the Gymnase, Strasbourg. He returned at the age of sixteen with the intention of becoming a civil engineer. (His younger brother James would in fact become a noted engineer, helping complete the Buenos Aires harbour works in the 1880s and 1890s. )
View More...